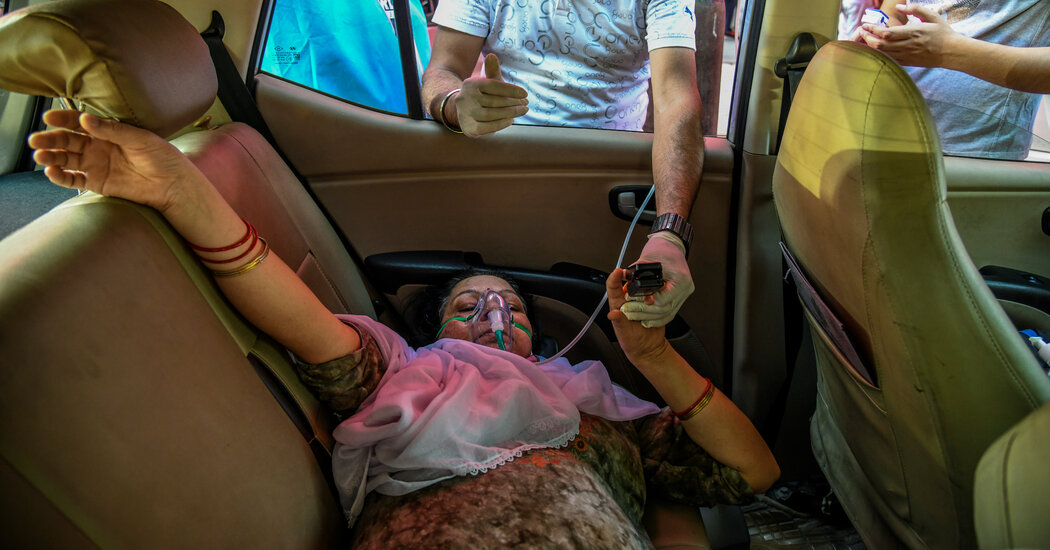 India on Tuesday passed the milestone of 20 million reported coronavirus cases, with many more undetected, according to experts, spurring new calls for a national lockdown.

With those reported numbers, India became the second country after the United States to cross 20 million infections. Although aid has begun to pour in from other countries, hospitals are still unable to help many of those who are critically ill, and families have been left to hunt for much-needed oxygen.

Prime Minister Narendra Modi has been sharply criticized by many for underplaying the virus earlier this year, and on Tuesday the opposition leader Rahul Gandhi said a national lockdown was desperately needed, calling it “the only option.”

Mr. Gandhi accused the authorities of helping the virus spread. “A crime has been committed against India,” he wrote on Twitter.

Mr. Modi has been reluctant to impose strict nationwide lockdown measures like the ones last spring, which remained in place for months.

While experts say that the lockdown helped reduce the number of cases in the first wave of the pandemic, it also triggered the biggest internal migration since the partition of the country in 1947. Millions of workers fled the cities, dealing a blow to the economy.

The economy had been recovering in recent months, but the current wave of disease has dampened hopes for a full recovery, and Mr. Modi asked states to consider lockdowns as “a last option.” Many states, including some governed by Mr. Modi’s party and its allies, have issued stay-at-home orders.

The regional authorities in Bihar in eastern India on Tuesday ordered a two-week lockdown. The southern state of Kerala also announced restrictions this week. The states of Maharashtra, Delhi and Karnataka already have lockdowns, and many states have weekend and night curfews.

Amid the scramble to try to contain the virus, the Indian Premier League announced on Tuesday that it was suspending all the remaining matches of the season after several players and staff tested positive. The league had drawn intense criticism for going ahead with its matches in cities that have been among the worst hit.

Made up of eight teams, the Indian Premier League is the biggest cricket league in the world.

Since the league’s season started last month, some of the biggest cricket stars have traveled across the country in so-called bubbles and played in empty stadiums. But even the stringent safety protocols couldn’t stop team members from being infected. At least five people on three teams have tested positive. The competition had been scheduled to finish at the end of the month.

“These are difficult times, especially in India and while we have tried to bring in some positivity and cheer, however, it is imperative that the tournament is now suspended and everyone goes back to their families and loved ones in these trying times,” the league said in a statement.

With aid being shipped from countries like the United States and Britain, there was hope among weary residents that the situation could start easing.

Eight oxygen generator plants from France, each of which can supply 250 hospital beds, were earmarked for six hospitals in Delhi and one each in Haryana and Telangana, states in northern and southern India. One of the generators was installed at the Narayana hospital in Delhi within hours of being delivered, according to The Times of India. Italy has also donated an oxygen generation plant and 20 ventilators.

As criticism has mounted over the delay in dispatching oxygen concentrators and other equipment, the government announced on Monday that it was waiving all duties and taxes on lifesaving equipment and relief material that had been donated. But the authorities have faced calls for more transparency on the deployment of the international aid shipments.

The Indian Red Cross receives all shipments that arrive by air, then hands them over to a government agency in charge of distributing the supplies based on regional requests. The authorities have released a list of hospitals that received aid shipments, but did not specify which equipment was going where.