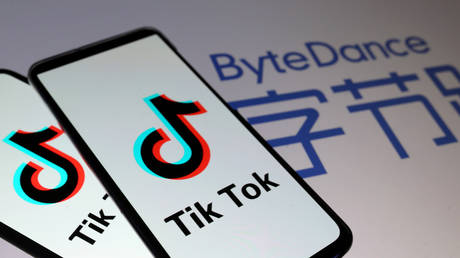 An Indian court has reportedly rejected ByteDanceâ€™s plea to unblock its bank accounts, frozen amid the probe of possible tax evasion, until the Chinese company deposits around $11 million to compensate for its financial dealings.

A government counsel told a two-judge bench at the High Court in Mumbai city on Tuesday that the company behind popular video app TikTok owed the Indian authorities about 790 million rupees ($11 million), Reuters reported. The judges reportedly ruled that the sum must be kept in a state-run bank and the amount should be frozen.Â

Also on rt.com
It takes two to tango: ByteDance may sell TikTok to rival as dispute between Beijing & New Delhi wrecks app ops in India

While ByteDance is believed to have just $10 million in the four blocked bank accounts, the government representative said the funds could be used to make the deposit. However, the accounts will remain frozen until the court-mandated amount is transferred to the state-run bank, counsel for the federal tax authority Jitendra Mishra said, as cited by Reuters. The money cannot be used for any other purpose, the council noted.

ByteDanceâ€™s holdings in Indian banks have been frozen since March under the order of the local tax intelligence unit, as Indian authorities are looking into the tech companyâ€™s alleged financial misconduct. Sources earlier told Reuters that the probe is linked to online advertising dealings between the ByteDance unit in India and its parent entity in Singapore.Â

ByteDance has denied it owes money to the Indian government. It moved to challenge the decision to block its bank accounts, saying it was illegal and â€œintended, improperly, to harass the petitioner.â€ The company said it needed the money as it couldnâ€™t pay salaries to its employees due to the accounts freeze.

The Chinese company has been caught in the middle of the conflict between China and India. In June, a number of Indian soldiers were killed in a military clash with Chinese troops in the Himalayan border area. Rising tensions between the two nations resulted in the ban of TikTok and dozens of other Chinese apps in India. While ByteDance significantly cut its workforce in the country due to the restrictions, it still employs 1,335, including outsourced personnel.Â