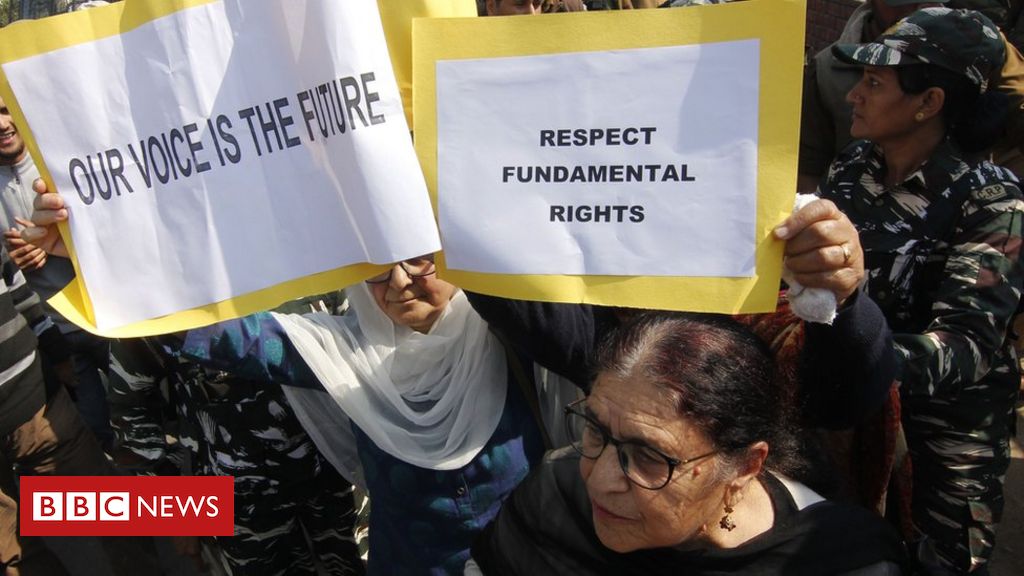 India’s status as a free country has changed to “partly free”, according to an annual report on global political rights and liberties.

Civil liberties in India have been in decline since PM Narendra Modi came to power in 2014, said Freedom House in its report Democracy under Siege.

It said the change in India’s status is part of a global shift in the balance between democracy and authoritarianism.

There was no immediate response from the Indian government to the report.

US-based Freedom House, a non-profit organisation which conducts research on political freedom and human rights, added that the number of countries designated as “not free” was at its highest level since 2006.

It added that India’s “fall from the upper ranks of free nations” could have a more damaging effect on the world’s democratic standards.

Since 2014, it says, increased pressure on human rights organisations, intimidation of journalists and activists, and a spate of attacks, especially those against Muslims, had led to a deterioration of political and civil liberties in the country.

And this decline only “accelerated” after 2019, it added.

“Under Modi, India appears to have abandoned its potential to serve as a global democratic leader, elevating narrow Hindu nationalist interests at the expense of its founding values of inclusion and equal rights for all,” the report said.

It said that the crackdown against those protesting against the Citizenship Amendment Act, a bill which offers amnesty to non-Muslim illegal immigrants from three neighbouring countries had contributed to India’s decline in the ratings.

The government argues that the law will give sanctuary to people fleeing religious persecution. Critics say the bill is part of the BJP’s agenda to marginalise Muslims in Hindu majority India.

The report also noted the government’s response to the pandemic, saying it had exacerbated the global decline in freedom. Last year, in March, India imposed a sudden lockdown which left millions of migrant workers stranded in cities across India without work and money to get home. Many walked hundreds of miles, while some died because of exhaustion or in accidents along the way.

What did the report say about other countries?

The report mentioned a host of other countries, including China, which it said had spread “global disinformation and a censorship campaign” to counter the negative fallout of the initial attempt by the country to cover up the Covid-19 outbreak. China has always denied allegations of a cover-up.

The US also had a democratic decline during the final years of Donald Trump’s presidency, the report noted.

Mass protests, the rise of armed vigilante groups and Mr Trump’s “shocking attempts to overturn his election loss” which culminated in the storming of the Capitol Hill by rioters in January “has damaged the United States’ credibility abroad”, it said.

The global freedom report also added that “the countries with declines in political rights and civil liberties outnumbered those with gains by the largest margin recorded during the 15-year period”.

It downgraded the freedom scores of 73 countries, representing 75% of the global population.

“With India’s decline to Partly Free, less than 20% of the world’s population now lives in a Free country, the smallest proportion since 1995,” the report said.