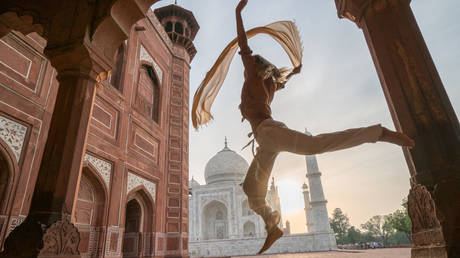 The Indian economy may climb from fifth to third spot in the list of the worldâ€™s largest economies over the next three decades, according to a recent study published in the medical journal Lancet.

The research, conducted earlier this year, is based on changes to the size of the working-age population in the worldâ€™s largest countries, which is then translated into scenarios for total gross domestic product (GDP). According to Lancet projections, India will have the largest working-age populationÂ prior to 2030, which will continue growing to reach peak levels before 2050. Despite a projected decline later on, India will still have more working-age adults than any country in the world by the end of the century.

In 2017, India was the seventh-largest economy in the world, before rising to its current position of fifth. Demographic shifts will allow the South Asian nation to emerge as the fourth-largest economy by 2030 behind the US, China and Japan. In 2050, the country is set to leapfrog Japan, taking the third spot, and will retain the position until 2100, according to the forecast.

The long-standing competition between the worldâ€™s two largest economies, the US and China, is also set to face some interesting shifts. The study says that China is forecast to outpace the US in 2035. However, the two countries may switch positions again in 2098, as an expected decline in Chinaâ€™s population is set to curtail economic growth.

India became the worldâ€™s fifth-largest economy by nominal GDP last year, outpacing France and the UK, according to data from the IMFâ€™s October World Economic Outlook. The country’s economic growth has been among the highest in the world in the past decade, and reached a GDP of $2.94 trillion in 2019.Â

India has an ambitious goal to become a $5 trillion economy by 2025. While the target level, which requires it to almost double the size of its GDP, was initially considered to be challenging, the Covid-19 outbreak has made the task almost impossible. The countryâ€™s economy suffered a steep decline during the first quarter, contracting by a record 23.9 percent. While the end of strict lockdowns is set to provide some relief, Indiaâ€™s GDP is still projected to drop by at least ten percent this fiscal year.