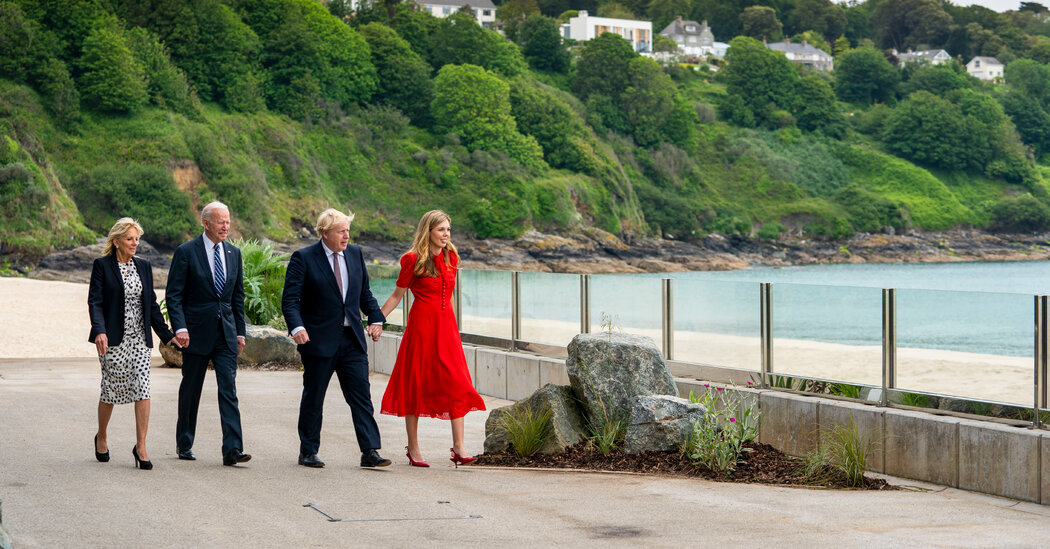 President Biden, in his first trip abroad since taking office, arrived in Europe on Wednesday with a daunting agenda: Reassure allies that the hostility of the Trump years was a momentary aberration in U.S. policy, coax them toward coordinated policies on Russia, China, global warming and the coronavirus, and then confront Vladimir V. Putin of Russia.

It would be a formidable set of challenges in the easiest of times. These are not those times.

Mr. Biden is fighting to pursue his domestic agenda, including a trillion-dollar infrastructure spending plan, with razor-thin Democratic control of Congress and determined Republican opposition. The United States is well along the road to emerging from the pandemic and recession, but much of the world remains caught in their grip, and health experts warn that no country is safe from the virus until every country is.

Mr. Biden traveled first to Cornwall, the southwestern tip of England, where the annual summit meeting of the Group of 7 large, wealthy democracies will be held from Friday through Sunday. Beginning on Thursday, he will also hold one-on-one meetings with other G7 leaders, and on Sunday he will visit Queen Elizabeth II at Windsor Castle. He will then meet with NATO officials and leaders from the European Union next week before finishing his whirlwind tour on Wednesday when he meets Mr. Putin in Geneva.

The first lady, Dr. Jill Biden, wore a jacket with the word â€œLoveâ€ on it.

Military police outside the Carbis Bay Hotel, where world leaders are gathering.

Mr. Biden and Mr. Johnson looked at a copy of the Atlantic Charter and historical photos during their meeting.

Mr. Biden and Dr. Biden, at the airport in Cornwall.

â€œWe have to end Covid-19, not just at home, which weâ€™re doing, but everywhere,â€ Mr. Biden told United States troops.