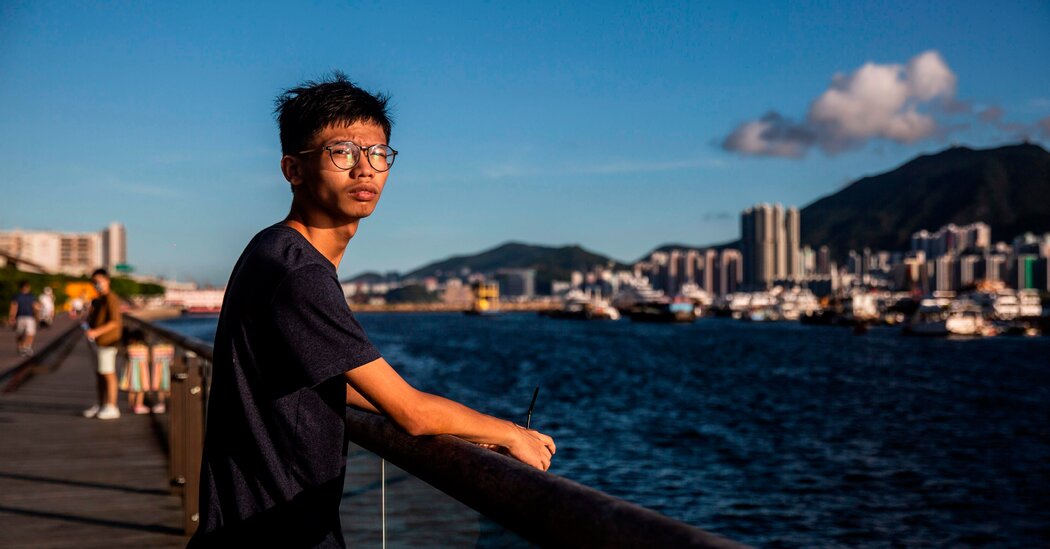 HONG KONG — The Hong Kong police on Tuesday arrested a 19-year-old activist outside the United States consulate just as he was about to seek asylum, according to an advocacy group.

The activist, Tony Chung, had previously been arrested in July under a national security law imposed on the city by Beijing earlier this year. He was accused of posting a message on social media about a new political party that called for Hong Kong’s independence from China. Mr. Chung has denied writing it.

Mr. Chung had been planning to enter the consulate and ask for protection when he was arrested at a coffee shop across the street, said Friends of Hong Kong, an activist group based in Britain that said it was helping Mr. Chung.

The South China Morning Post posted a video that appeared to show Mr. Chung being led away by a group of men in plain clothes near the consulate. A consulate spokesman said he had no immediate comment.

Two of Mr. Chung’s associates, Yanni Ho and William Chan, were also detained on Tuesday, according to Studentlocalism, a group that Mr. Chung helped found, which posted a message on its Facebook page. The police confirmed that three people had been arrested for allegedly inciting secession, though it did not identify the individuals.

Mr. Chung was the first prominent activist to be arrested this year under the new national security law. He was released on bail and had surrendered his passport while under investigation. Under the sweeping new law, secession crimes of a “grave nature” could be punishable by at least 10 years in jail and up to life imprisonment. Those convicted of inciting or abetting secession could be jailed for up to 10 years.

Mr. Chung co-founded Studentlocalism when he was a student in secondary school.

The Trump administration also said it would prioritize refugees from Hong Kong for the first time even as it lowered the total number of asylum claims the United States would grant over the next year. There was no indication, however, that the United States had planned to use its Hong Kong consulate to protect potential asylum seekers, a move that would have further deepened the rift between the two countries.