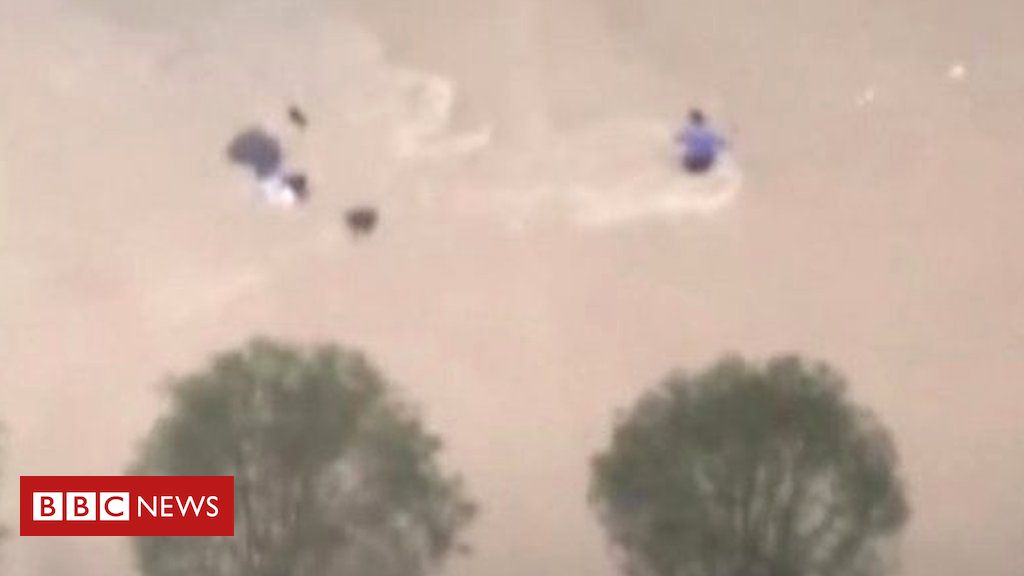 A woman has been rescued after being swept down a street in central China amid extreme flooding.

More than a dozen cities in Henan province, including its provincial capital Zhengzhou, are affected.