Home World USA Hawaii is the only state where virus cases arenâ€™t rising. The ocean... 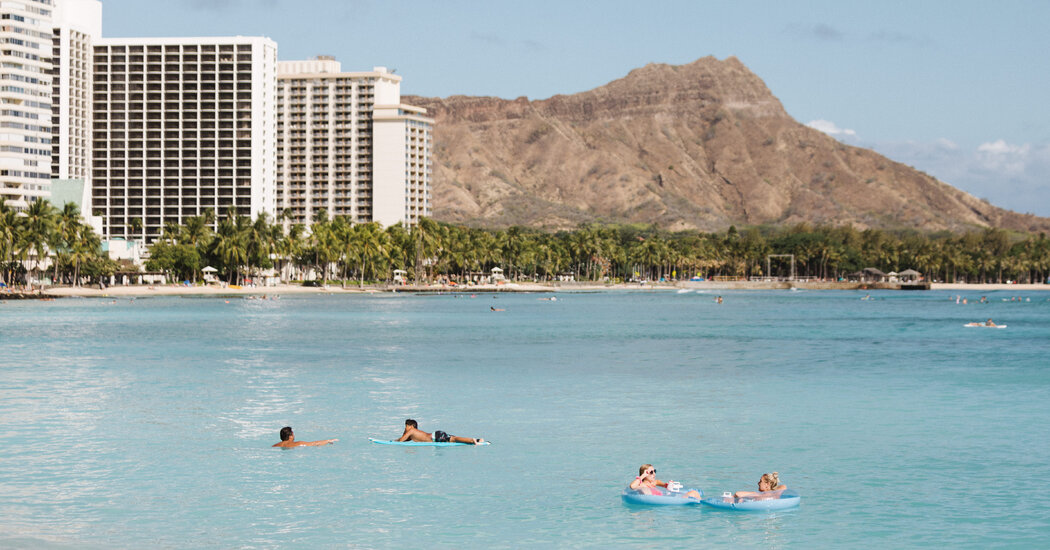 U.S.|Hawaii is the only state where virus cases arenâ€™t rising. The ocean helps.

With coronavirus cases rising in every other state, Hawaii stands alone with a gradual decline in new cases in November.

Hawaii is averaging 80 cases per day on its collection of islands, a decrease of about a quarter from two weeks earlier. Hospitalizations have fallen by a similar amount.

So how has Hawaii managed to keep its caseload in check?

â€œBeing surrounded by ocean has helped,â€ said Brooks Baehr, a spokesman for the Hawaii State Department of Health. â€œHawaii has more control over interstate and international travel than other states.â€

The recent decline in Hawaii cases has come amid an influx of several thousand more daily visitors since the authorities removed a 14-day quarantine requirement for travel to the state in mid-October. Rather than quarantining, everyone entering Hawaii must now obtain a negative test result from a verified lab in the 72 hours before arriving.

The restrictions have helped slow the travel-related rates of the coronavirus â€” most cases are from community spread â€” but they have come at a steep cost. Hawaiiâ€™s tourism industry, which accounts for 21 percent of the stateâ€™s total economy, has all but come to a standstill. In the first nine months of 2020, visitor arrivals were down 71.6 percent compared with the same period a year ago.

For residents, this meant many businesses closed and jobs lost. In the particularly fraught seven-week period between late March and early May, new unemployment claims averaged more than 30,000 per week; the same period in 2019 had a weekly average of around 1,200.

With cases exploding across the mainland and in other parts of the world, Hawaii is once again bolstering its protections.

Starting Tuesday, if an inbound air travelerâ€™s negative test result is not available before boarding â€” even if that is because of a laboratory delay, as has often been the case lately â€” a quarantine becomes mandatory.

Also last week, Gov. David Ige issued the first statewide mask mandate, which requires everyone over age 5 to wear a face covering in public or risk penalties that include a $5,000 fine or up to a year in jail.