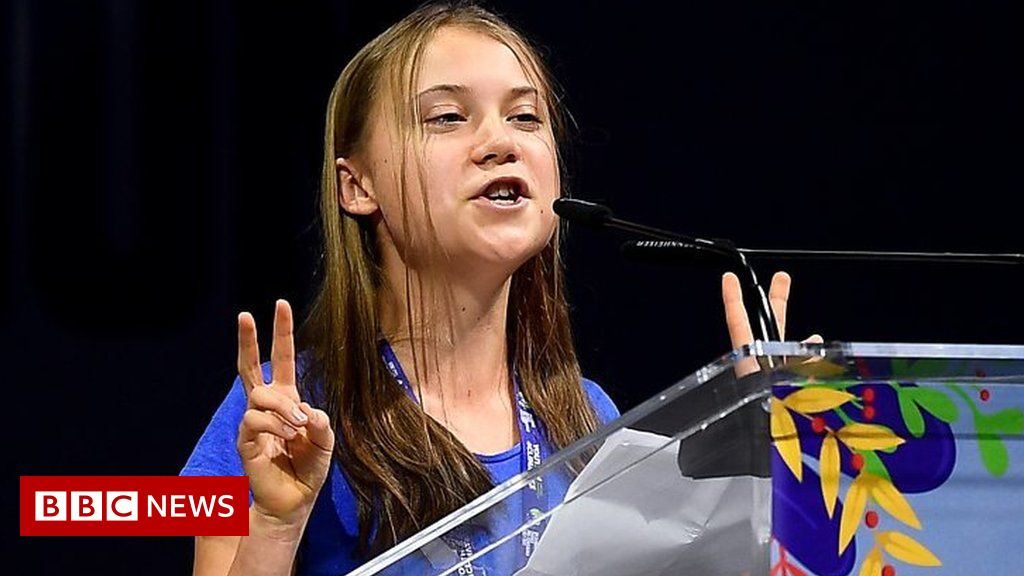 The Swedish climate activist, Greta Thunberg, used her speech at the Youth4Climate conference in Milan to mock the words of world leaders, including UK PM Boris Johnson.

The 18-year-old used soundbites from Mr Johnson, such as “expensive bunny hugging” and “build back better”, to highlight what she called the “empty words and promises” of politicians.

Later in the speech, she urged people not to give up hope, saying that change is “not only possible, but urgently necessary”.

Many countries have announced ambitious targets to reduce their emissions to tackle climate change.

Analysts say some recent announcements, such as China’s statement that it would not build any more coal plants overseas and the US, EU and others pledging to cut methane emissions by 30% by 2030, are signs that progress is being made.

But they caution that some major challenges remain.

The UK, for example, has pledged to cut 78% of its emissions by 2035, from a 1990 baseline. But the government’s current plans are projected to deliver less than a quarter of the cuts needed to meet the goal.

Mr Johnson has said he will push for action on coal, climate, cars and trees in particular at the COP26 climate summit in Glasgow in November.