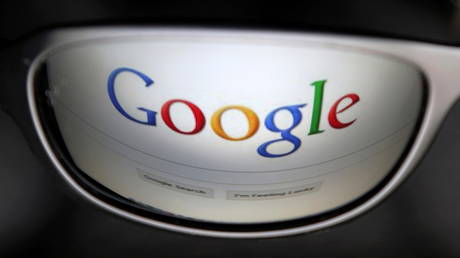 The European Commission has started a new investigation into Alphabet’s Google to determine if the US tech titan favored its own online display ad technology services, breaching European Union antitrust regulations.

“We are concerned that Google has made it harder for rival online advertising services to compete in the so-called ad tech stack,” European Commission Executive Vice President Margrethe Vestager said in a statement.

Vestager noted that the US corporation was “present at almost all levels of the supply chain for online display advertising,” since it collected data being used for targeted advertising, sold advertising space, and acted as an online advertising intermediary as well.

Also on rt.com
Google promises to stop spying on users, saying 3rd-party for-profit tracking model to be phased out

The EC is planning to assess the restrictions imposed by Google on the ability of advertisers, publishers and other third parties to access data about user identity and user behavior.

The probe adds to a list of investigations and fines that have occurred in the bloc’s regulatory space over recent years.

Earlier this month, France’s competition watchdog fined Google €220 million ($262 million) for abusing its market power in the online ad industry. In March, the EC fined the company €1.49 billion for breaching antitrust rules by imposing restrictive clauses in contracts with third-party websites that prevented Google’s rivals from placing their search ads on these websites.