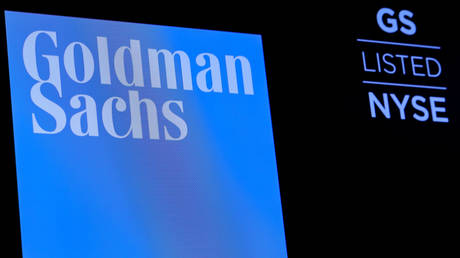 Goldman Sachs Group made an exceptionally strong performance in the last quarter of 2020, raking in more than double the profits compared to the previous year despite global financial havoc inflicted by the ongoing pandemic.

While 2020 proved to be a rollercoaster year for global markets – and a death sentence to many small businesses – some fared extremely well amid the Covid-19 turmoil. Reporting its earnings on Tuesday, Goldman Sachs showed impressive results.

Rolling out the earnings sheet, Goldman Sachs chairman and CEO David Solomon said in a press release that “it was a challenging year on many fronts,” warning that 2021 might not be any better.

Also on rt.com
‘Disconnect from reality’: Brits seethe as ‘one of richest UK men’ Chancellor Sunak claims people ‘BUILT UP SAVINGS’ under Covid

“We hope this year brings much needed stability and a respite from the pandemic, but we remain ready to handle a wide range of outcomes,” he said.

The investment banking company showed some 43 percent growth in revenues from trading in 2020, with its profits jumping 23 percent to $4.27 billion in the last quarter of the turbulent year. Investment banking itself has proven to be a gold mine for the company, surging 27 percent to $2.61 billion during the quarter, which constituted nearly 195 percent growth compared to the same period of the previous year. The record revenues primarily stemmed from equity underwriting, as the company took part in multiple juicy IPOs.

Apart from showing its best performance in a decade, the banking group also managed to untangle itself from the years-long scandal around the sovereign wealth fund 1Malaysia Development Berhad (1MDB). Last July, it reached a hefty settlement with the Malaysian government, agreeing to pay $2.5 billion and to guarantee at least $1.4 billion in assets in exchange for a dropping of all charges against the company and its leading executives, incumbent and former alike. The banking group was accused of misleading investors over bond sales totaling $6.5 billion that it helped to raise for 1MDB.

Goldman Sachs also reached a separate settlement with the US Department of Justice in October, agreeing to pay $2.9 billion more to various regulators to resolve probes into its role in the 1MDB scandal.