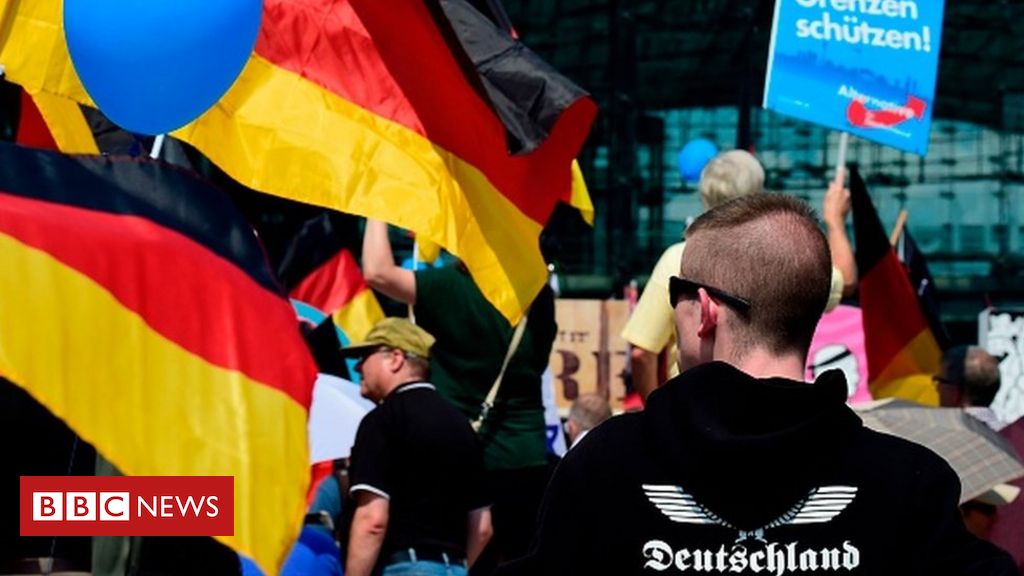 Germany’s intelligence services have designated the Alternative for Germany (AfD) party as a suspected extremist group, according to local media.

The nationalist party is already under surveillance in a number of German states, but the decision means its activities can be observed nationwide.

However, MPs and members of the European parliament will be excluded from any operations.

The intelligence services have not publicly commented on the reports.

An AfD spokeswoman described the decision as “purely political” and said the party would take legal action against the “unjustified classification”.

If confirmed, it would be the first time in post-war history that a political party with seats in the national parliament has received the designation.

Formed in 2013, the openly anti-Islam and anti-establishment AfD is Germany’s largest opposition party in parliament. Its popularity surged in 2015 after almost one million migrants entered Germany.

The party faced particular criticism over its anti-immigrant rhetoric following a deadly far-right attack in the city of Hanau in early 2020, although it was not accused of direct involvement and publicly condemned the shootings.

Reports that Germany’s domestic intelligence service (BfV) was expected to classify the AfD as a “suspected case” of right-wing extremism first emerged earlier this year.

However, a decision was delayed by ongoing legal challenges by the AfD, which argues that the move is political and could harm its chances in federal elections in September.

Due to the court case, the intelligence services have not yet commented on the new designation, which has been widely reported by German media outlets.

According to Tagesschau, the decision was based on two years of information gathering by the intelligence agencies, culminating in an 800-page report.

The decision means the party can now be placed under surveillance, allowing the BfV to recruit informants and intercept phone calls and emails.

Four states in eastern Germany, where the party is particularly popular, have already designated the AfD as a suspected extremist group.

Surveillance is a sensitive issue in Germany, where many people have memories of intrusive, abusive spying in communist and Nazi times.