Home Economy German & French arms producers want to reduce use of US technologies... 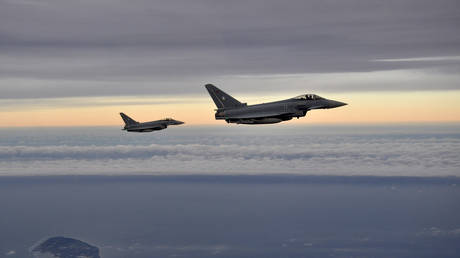 France and Germany want to cut their technological dependence on the US â€“ a NATO ally â€“ and rely more on their own products when it comes to manufacturing military equipment, according to German newspaper Welt am Sonntag.

Military producers in Germany and France are reportedly attempting to phase out US technologies in helicopter construction, making a new assault rifle for the German Armed Forces (Bundeswehr), as well as a new fighter jet developed under the Future Combat Air System (FCAS) program, led by the two nationsâ€™ planemakers.

The protection of sensitive data is one of the reasons behind the push to gain more independence from the US in military production, the German outlet reported. Moreover, the companies are concerned that Washington maintains control over any equipment using its technology under the International Traffic in Arms Regulations (ITAR), and can therefore block arms exports.

â€œWithout ITAR and other US regulatory systems, Europe gets more freedom in who to supply with military products,â€ said Florent Chauvancy, sales director of the Helicopter Engines Department of French manufacturer Safran, as cited by the publication.

One of the advantages of 100 percent European-made products is that these enterprisesâ€™ data remains in Europe and does not fall into the hands of non-European countries.

According to the report, Safran wants to partner with German manufacturer ZF Friedrichshafen to develop a new drive which could be installed in a large military drone. However, it is currently unclear whether the European militaryâ€™s bid to completely avoid US technology is a realistic one.

The news comes shortly after the US announced the withdrawal of roughly 12,000 US troops from Germany, as US President Donald Trump repeatedly accused Europe â€“ and Berlin in particular â€“ of failing to pay its share of NATO’s defense costs. At the same time, the president said he doesnâ€™t want to â€œprotectâ€ Germany, as it pays â€œbillions of dollarsâ€ for imports of energy from Russia.

The US has been vocally opposing closer cooperation between Russia and Germany on energy, including the construction of the Nord Stream 2 pipeline along the Baltic Sea, while trying to boost its liquefied natural gas (LNG) shipments to Europe. While last year Washington only managed to halt the project, it has recently stepped up pressure on investors and all European firms involved in it.

â€œItâ€™s a clear warning to companies that aiding and abetting Russian malign influence projects will not be tolerated. Get out now or risk the consequences,â€ US Secretary of State Mike Pompeo said earlier this month, in a clear warning to the parties involved with the project.