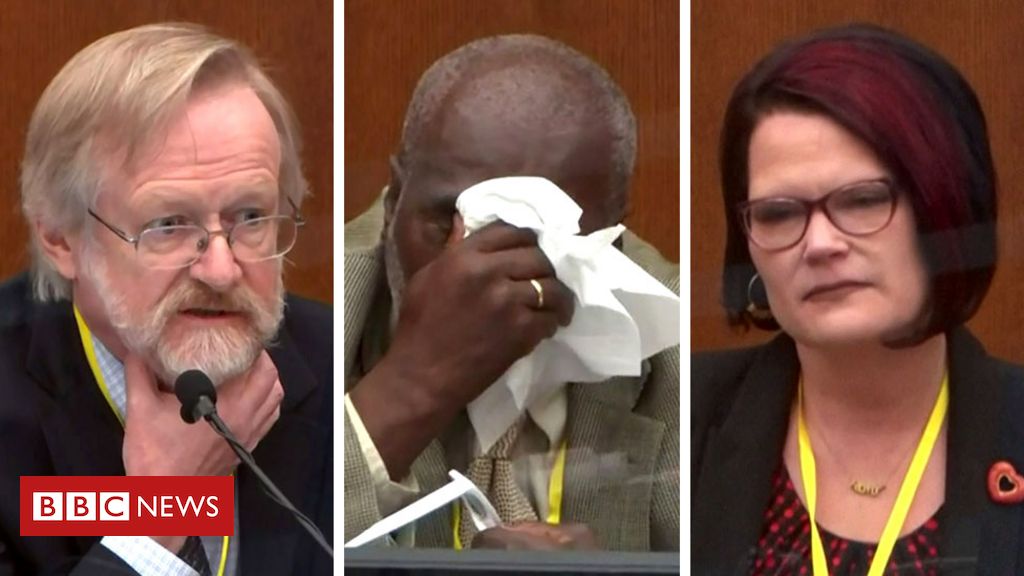 The death of George Floyd, a 48-year-old black man, while he was being restrained by a white police officer, Derek Chauvin, during an arrest in Minneapolis in May 2020, shocked the world and sparked global protests about racism and police brutality.

Mr Chauvin’s three-week trial, on charges of murder and manslaughter, has heard from 45 witnesses and seen hours of video footage filmed by bystanders.

So, as the jury deliberates a verdict, here are five key elements of the trial:

1. Impact of arrest on witnesses

Some of the most powerful testimony came in the first days of the trial when witnesses spoke of what they saw that day.

Darnella, who was 17 at the time of Mr Floyd’s death, filmed the video that went viral around the world. She told the jury there were nights when she stayed up “apologising to George Floyd for not doing more and not physically interacting and not saving his life”.

Emotional testimony also came from Charles McMillian, 61, who had been among the first on the scene and had tried to persuade Mr Floyd to get in the police car.

He broke down in tears watching graphic footage of the arrest in court, saying he had felt “helpless” as events unfolded and explained that he had confronted Mr Chauvin after Mr Floyd was taking away in an ambulance because “what I watched was wrong”.

The defence has argued that the presence of bystanders influenced Mr Chauvin’s actions that day. The court heard from one Minneapolis police officer, Peter Chang, that the crowd had been “very aggressive to the officers”, while Nicole McKenzie, who trains the city’s police on providing medical care, said the presence of bystanders at an arrest could make it harder for officers to see signs of distress in those they detained.

She described their first meeting, in the lobby of a Salvation Army homeless shelter, where Mr Floyd worked as a security guard, and how he had been devastated by his mother’s death in 2018.

Ms Ross also told the court they both suffered from chronic pain, which led to an off-and-on struggle with opioid addiction.

“We got addicted and tried really hard to break that addiction many times,” she testified.

One of the defence’s arguments has been that Mr Floyd died largely because of complications from the opioids and methamphetamine he had in his system at the time of his arrest.

Another key issue at the heart of this trial has been whether Derek Chauvin violated policies on restraint when he kneeled on George Floyd’s neck for nine and a half minutes.

The head of Minneapolis police, Chief Medaria Arradondo, was one of the prosecution’s most high-profile witnesses and had fired Mr Chauvin a day after the arrest.

He told the court that the police officer should have stopped applying “that level of force” the moment Mr Floyd stopped resisting. “It’s not part of our training and it’s certainly not part of our ethics or values” to continue with such force, he said.

Defence witness Barry Brodd, a use-of-force expert, said Mr Chauvin had been “justified” and acted “with objective reasonableness” because of the “imminent threat” Mr Floyd posed in resisting arrest.

However, he did concede under cross-examination that the dangers of positional asphyxia – not being able to breathe in a certain position – were well-known among law enforcers.

The cause of Mr Floyd’s death was arguably central to this trial, with the prosecution maintaining he died from asphyxia while the defence pointed to Mr Floyd’s drug use and general poor health.

Even “a healthy person, subjected to what Mr Floyd was subjected to, would have died,” he said.

A key witness for the defence, forensic pathologist David Fowler, said Mr Floyd’s death should have been classified as “undetermined” rather than as a homicide, because there were “so many conflicting different potential mechanisms”.

Complicating factors included Mr Floyd’s drug use and possible exposure to carbon monoxide poisoning from the police car’s exhaust, said Dr Fowler, who was chief medical examiner for the state of Maryland until his retirement in 2019.

However, under cross-examination he agreed that Mr Floyd should have been given immediate medical attention when he went into cardiac arrest, as there still was a chance to save his life.

“I will invoke my Fifth Amendment privilege today,” he said, referring to the constitutional right to remain silent in fear of self-incrimination.

Asked by the judge whether this was his decision alone, and whether anyone else had unfairly influenced his decision, Mr Chauvin responded: “No promises or threats, your honour.”

Mr Chauvin has pleaded not guilty to charges of second-degree unintentional murder – for which he could be jailed for up to 40 years – third-degree murder, and manslaughter.

A conviction on any of the counts will require the jury to return a unanimous verdict.