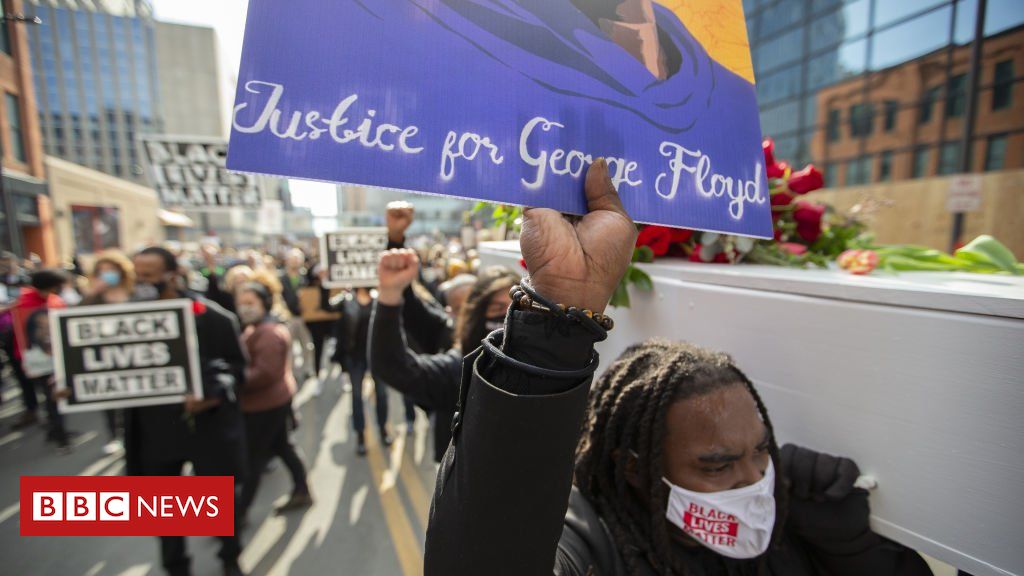 A US judge has delayed jury selection in the case of an ex-Minneapolis police officer accused of killing George Floyd, an unarmed black man, last May.

Derek Chauvin faces murder charges for kneeling on Mr Floyd’s neck for over seven minutes in a widely-viewed video that sparked protests worldwide.

The delay came as the judge awaits an appeals court decision on whether a new murder charge can be added.

Jury selection is expected to resume on Tuesday morning.

Mr Chauvin is accused of second-degree unintentional murder and manslaughter in the 25 May death of Mr Floyd. The maximum sentence he faces on that count is 40 years.

The less severe charge of third-degree murder was initially dismissed last year, but prosecutors have requested to reinstate it.

Legal experts say that adding a third-degree charge could make it easier for prosecutors to get a conviction.

Jury selection is expected to take about three weeks, with trial arguments due to begin on 29 March.

What happened in court?

The judge’s decision followed prosecutors saying they would ask the appeals court to delay proceedings as the panel weighs whether the third-degree murder charge can be brought against Mr Chauvin.

“So unless any of the parties object I’m going to kick our jurors loose and start everything tomorrow with jury selection,” the judge said.

Mr Chauvin, who was fired from the Minneapolis police force and is currently free on a $1m (£725,000) bail, wore a blue suit and tie to court, as well as a black face mask. He took notes on a yellow legal pad during the hearing.