Home World USA For Boris Johnson, and maybe Trump, Covid as metaphor is hard to... 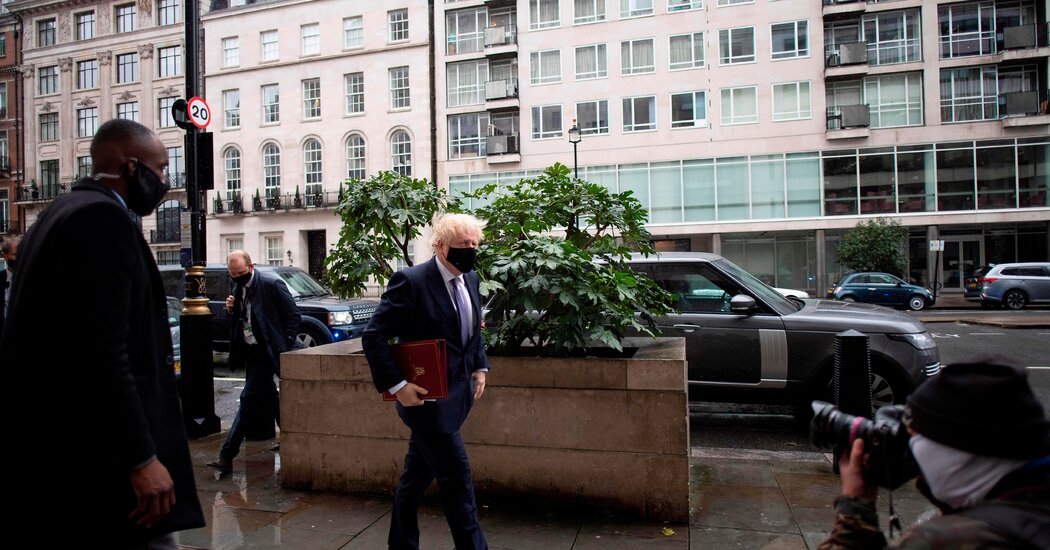 President Trump got a well-wishing phone call this past week from one of the few foreign leaders who knows what he’s been going through: Prime Minister Boris Johnson of Britain, the survivor of a serious brush with the coronavirus this spring.

Mr. Trump seized on the call as another opportunity to boast of a swift recovery from Covid-19. But he should take little comfort from Mr. Johnson’s experience — and not just because the prime minister ended up in an intensive-care unit.

Six months after being released from the hospital, Mr. Johnson has yet to shake off questions about the effects of the disease on his energy, focus and spirit, and the idea that his illness has become a symptom of his broader political decline.

“It’s a metaphor for his government, and that’s affecting him personally,” said Jonathan Powell, who was chief of staff to Tony Blair when he was prime minister. “He looks like the wrong man for the job at this time.”

Despite his efforts, Mr. Johnson has not been able to recapture the public buoyancy that propelled him to a landslide election victory last December.

A speech he gave to his Conservative Party’s annual conference on Tuesday “was palpably a chance to shake off the sense that he’s half the man he used to be, that he’s lost his élan and brio,” said Andrew Gimson, one of Mr. Johnson’s biographers.

“But he hasn’t been able to shake it off,” Mr. Gimson said.