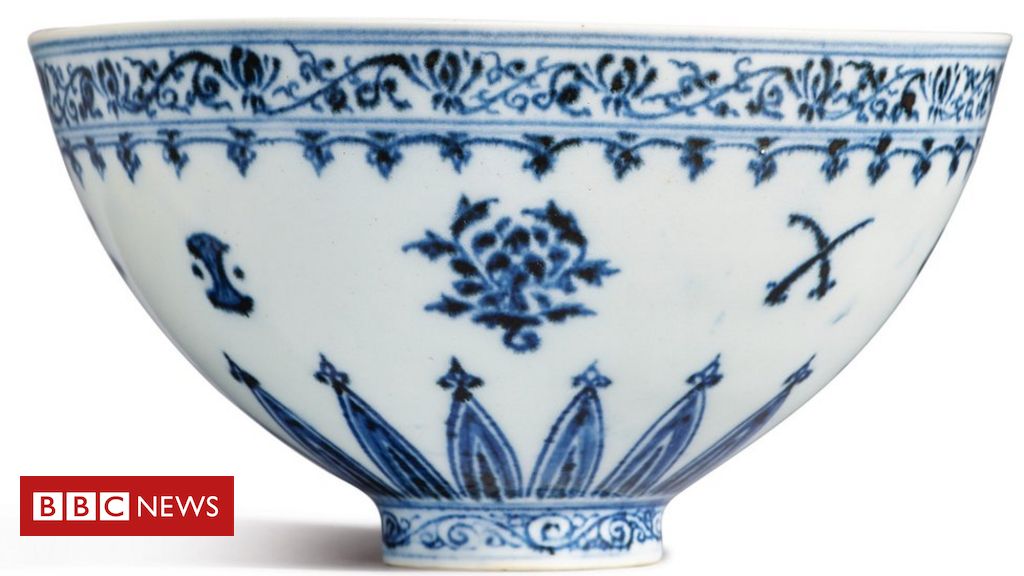 As far as antiques hunting goes, this might just be as good as it gets.

A small bowl bought for just $35 (£25) at a market sale in the US state of Connecticut has turned out to be a rare 15th-Century Chinese artefact.

The white porcelain bowl was spotted by an unidentified antiques enthusiast near New Haven last year, and they quickly sought an expert evaluation.

In fact, it is believed to be one of only seven such bowls in existence and most of the others are in museums.

“It was immediately apparent to both of us that we were looking at something really very, very special,” Angela McAteer, an expert on Chinese ceramics at the auctioneer’s told the Associated Press news agency.

“The style of painting, the shape of the bowl, even just the colour of the blue is quite characteristic of that early, early 15th-Century period of porcelain,” she added.

“All the characteristics and hallmarks are there that identify it as a product of the early Ming [Dynasty] period,” Ms McAteer said.

How exactly the bowl found itself being sold at a Connecticut outdoor sale remains a mystery. Some have suggested it may have been passed down through generations of the same family.

“It’s always quite astounding to think that it kind of still happens, that these treasures can be discovered,” Ms McAteer said. “It’s always really exciting for us as specialists when something we didn’t even know existed here appears seemingly out of nowhere.”