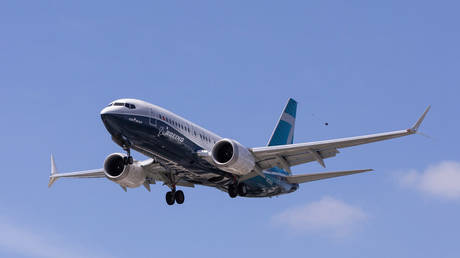 The European Union Aviation Safety Agency (EASA) has declared Boeingâ€™s 737 MAX aircraft safe to fly, announcing on Friday that the grounded aircraft could return to the regionâ€™s skies before the end of 2020.

The regulatorâ€™s executive director Patrick Ky told Bloomberg heâ€™s satisfied with the changes Boeing has made to the aircraft. He said that, after test flights conducted in September, the EASA is performing final document reviews ahead of a draft airworthiness directive it expects to issue next month.

The official said that will be followed by four weeks of public comment, while the development of a so-called synthetic sensor to add redundancy will take 20 to 24 months.Â

â€œOur analysis is showing that this is safe, and the level of safety reached is high enough for us,â€ Ky said. â€œWhat we discussed with Boeing is the fact that, with the third sensor, we could reach even higher safety levels.â€

Meanwhile, the US Federal Aviation Administration (FAA), Boeingâ€™s main certification body, is holding back from making a decision on allowing the plane to fly. FAA chief Steve Dickson, who flew the MAX late last month, said he was â€œvery comfortable,â€ but the process wasnâ€™t complete.

The US plane makerâ€™s onceÂ best-selling passenger plane, the 737 MAX is now apparently being rebranded as the 737-8, having been grounded for over a year, after two fatal crashes less than six months apartÂ in Indonesia and EthiopiaÂ killed 346 people.Â In both cases, new flight control software caused the aircraft to unexpectedly nosedive shortly after takeoff.

The tragic incidents prompted widespread concerns over technical flaws and quality control at Boeing, as well as appropriate training for pilots to fly the 737 MAX.Â US lawmakers investigating the company last year accused it of concealing information about the aircraft from regulators during the approval process.