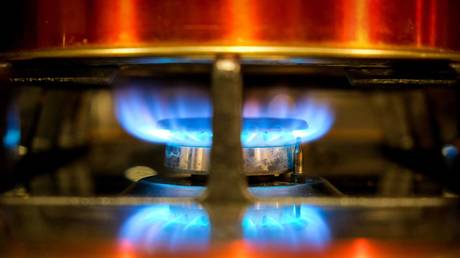 The price of natural gas in the European market has set yet another record, exceeding $730 per thousand cubic meters, trading data shows. The commodity now costs five times its 2020 price.

The price of October gas futures at the launch of the Monday trading session was $713.10 per thousand cubic meters, jumping to $728.20 by 7:30 GMT and quickly reaching $730.10 a little after that, the Dutch TTF index shows. The previous gas price record on the European market was set last Friday, when it reached $710 per thousand cubic meters by the end of the trading day.

In household terms, this means the fossil fuel’s price now edges toward $60 per megawatt-hour, having increased fivefold since last year. Gas prices have surged largely because the European market is severely short-supplied at the moment, with storage levels well below their five-year average. This is coupled with increased demand amid the post-pandemic recovery and a recent drop in deliveries from its key supply sources, including Russia, partly as a result of lower flows through Ukraine.

Experts say the worst is yet to come, as demand for natural gas at this time of year is still low. According to a Bloomberg analysis, Europe is headed for a very difficult winter, with prices likely to hit unprecedented highs in the near future.

However, the situation may change when Russia starts its gas deliveries to the European market via the Nord Stream 2 pipeline, designed to carry some 55 billion cubic meters of gas per year from the Siberian gas fields in Russia across the Baltic Sea to Europe. The pipeline’s construction was completed last week, with the exact timeframe for the start of gas deliveries now depending only on the certification process, which has already begun.

Russia’s Foreign Ministry spokeswoman Maria Zakharova said on Friday that the timing was now being decided by regulators in Germany, where the pipeline’s underwater link terminates.

”We expect that millions of European consumers in the near future will be able to receive Russian gas along the shortest, most economical and environmentally friendly route,” she said.