Home World USA Ethiopian Workers Are Forced to Return Home, Some With Coronavirus 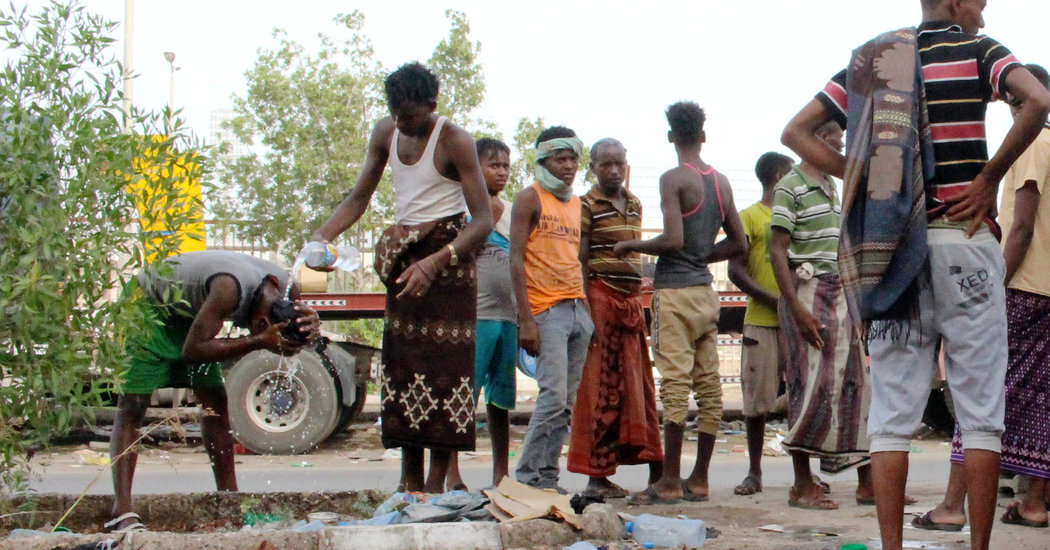 More than 30,000 workers have re-entered Ethiopia since mid-March, according to the government, some of them after suffering abuse and detention in unhealthy conditions in the countries they left, often on the Persian Gulf or in other parts of Africa.

At least 927 migrant laborers were infected with the virus when they returned, Ethiopian officials say, but the true number is probably much higher. The government has not updated that figure for more than a month, and it does not include those who have slipped back into the country unnoticed.

Ethiopia has had more than 16,000 confirmed infections and 250 Covid-19 deaths, according to figures compiled by The New York Times. Those are very low counts for a nation of 115 million people, but the numbers are rising and many cases go undetected by the country’s sparse testing.

Doctors fear the outbreak may be primed to explode, fueled in part by returning migrants whose journeys often include crowded, unsanitary conditions — jails in the countries where they worked, informal migrant camps in countries like Yemen and Djibouti and quarantine centers once they arrive back in Ethiopia.

Dr. Yohanes Tesfaye, who runs a government Covid-19 treatment center near the eastern city of Dire Dawa, said that within a month of opening, the center had treated 248 infected migrants. And, he warned, “we have a long border, so we can’t be sure” whether many more people with the virus are entering the country undetected.

All this is occurring in a country that has just one respiratory therapist, ill-equipped public hospitals and few medical resources in rural areas, and is also suffering the economic blow of the pandemic. Major hotels in the capital city, Addis Ababa, are almost empty, jobs in tourism and construction have disappeared and the flow of money sent home by workers overseas has dried up.

Adding to Ethiopia’s struggles have been deadly conflicts between ethnic groups that prompted the government to shut down the internet for more than three weeks before recently restoring it. Hundreds of people died in clashes and anti-government protests following the killing in June of the singer Hachaluu Hundessa, who was particularly revered by the Oromo ethnic group.

Many of the migrants have returned voluntarily, suddenly unable to work abroad after the pandemic shut down entire economies. Whether out of economic hardship or fear of contagion, employers have abruptly laid off migrant domestic workers, often leaving them at their countries’ embassies.

But many others have been rounded up, confined and deported by host governments that had previously tolerated them. In interviews, senior government officials, doctors, health workers and more than a dozen returnees from Kuwait, Saudi Arabia, Yemen, Djibouti and Lebanon describe scenes of workers being mistreated in detention before being sent back to Ethiopia.

“The police were throwing racial slurs at us. They called me an animal,” said Selam Bizuneh, 26, who worked as a maid in Kuwait until her employer stopped paying her. She said she spent 40 days in a detention center in Kuwait City’s Al Farwaniyah district in May and June, adding, “we were roughed up and forced to stand.”

Shortly after arriving back in Ethiopia in late June, she said, she tested positive for the coronavirus.

Birhan Tesfay, 27, left Ethiopia hoping to find work in Saudi Arabia, but turned back as the pandemic spread. He said he paid smugglers $300 to cross the Red Sea from Yemen to Djibouti in the middle of the night on June 5.

“We were shot at by Djibouti’s navy on our way back,” he said in a telephone interview from a quarantine center. “One migrant died while the smugglers attempted to escape.”

His story was verified by a United Nations staff member, who spoke on the condition of anonymity because she was not authorized to discuss it. Mr. Birhan was arrested by Djiboutian security forces and returned to Ethiopia.

People who work with them say that out-of-work migrants, fearing detention and abuse, stay on the fringes of society, where infections are unlikely to be detected — much less treated — and band together in ways that prevent social distancing.

“It is extremely important that at this time we restrict the movement of people as there is a direct link between movement and the number of Covid cases,” said Tsion Teklu, Ethiopia’s State Minister for Economic Diplomacy and Diaspora Affairs.

“This is particularly important in Ethiopia, where the number of cases is increasing, the economy is strained right down to the level of local vendors and the health sector is under pressure.”

Before the pandemic, about 100,000 Ethiopians made the perilous trip each year to other parts of the world to find work — often illegally — as maids, construction workers, drivers, hairdressers, guards and more. The largest number make their way to the Arabian Peninsula, though workers have also been sent back this year by Lebanon, India, Pakistan, the United States, Kenya and other countries.

Coronavirus travel restrictions adopted by Saudi Arabia have left many migrants stranded in Yemen and Djibouti. In Yemen, in particular, African migrants have been scapegoated as virus spreaders, and some have been shot by the Houthi militia, as it tries to chase them out of the parts of the country it controls.

Saudi Arabia alone said in May that 12,000 Ethiopians were in the country illegally and were to be repatriated, though not all of them have been.

The Ethiopian government said on July 20 that it had helped 30,087 of its citizens return home since the pandemic began. The government and the United Nations have been in talks with other nations about managing repatriation in a way that does not overwhelm Ethiopia.

“Mass movements at a time like this will only exacerbate the spread of Covid-19,” said Maureen Achieng, chief of mission in Ethiopia for the International Organization for Migration, an arm of the United Nations. “In this regard, government-to-government discussions will be critical to reaching agreement on a common approach to containing Covid-19.”

Once the migrants make it back to Ethiopia, there remain large gaps in the services they need.

But the facilities have serious shortages of equipment and staff, and local officials sometimes confuse the two kinds of centers, said Zia Hassan, program director for the Norwegian Refugee Council in Ethiopia, which has provided beds and other goods to several quarantine centers.

Ethiopia’s health ministry is “really struggling to understand the situation to provide the necessary action that has to be taken,” he said.

Even if they are healthy and free, returning migrant workers face uncertain prospects in a poor country facing a multitude of challenges.

Zeytuna Kemal, 33, said she left her job as a maid in Kuwait after her employer failed to pay her for three months of work. She decided to flee the country, she said, but the police arrested her and jailed her for four days without food or water.

Then she was transferred with dozens of other Ethiopians to a detention center near the international airport and eventually flown back to her home country. “I am now lost and confused,” she said. And she is worried about providing for her children and mother.

Biden at Ceremony for Coronavirus Victims Says 'To Heal, we Must Remember'

Donald Trump's farewell: We did what we came to do

US: China 'committed genocide against Uighurs'