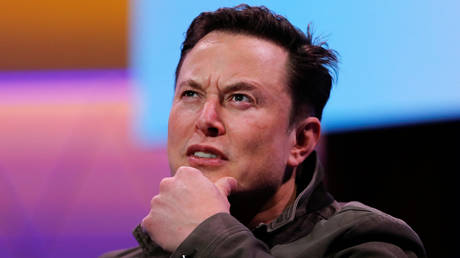 While tensions between the US and China are spiraling, Tesla and SpaceX CEO Elon Musk has warned that America has become too “complacent” with its dominant position and this could lead to its demise.

In a recent interview with Automotive News publisher Jason Stein, the tech billionaire lauded the “smart, hardworking” people of China, where Tesla opened one of its plants.

“China rocks in my opinion. The energy in China is great,” he said in a podcast when asked about the country and its electric vehicles strategy. He added that the Chinese are “not entitled, they’re not complacent, whereas I see in the United States increasingly much more complacency and entitlement especially in places like the Bay Area, and LA and New York.”

Also on rt.com
Trump says he will BAN TikTok in US within 24 hours


However, America’s winning streak may soon come to an end, the CEO said, comparing the country and some states in particular to sports teams that get used to never losing.

The United States, and especially like California and New York, you’ve been winning for too long. When you’ve been winning too long you take things for granted. So, just like some pro sports team they win a championship, you know, a bunch of times in a row, they get complacent and they start losing.

Musk also complained that Tesla enjoys the “least” support among carmakers in the US, despite being granted multiple loans and tax breaks. At the same time, the Chinese government has been “supportive” to the company, but not in the same way as with its domestic firms.

The interview comes as the world’s two biggest economies are locking horns over multiple issues. Since the coronavirus started rapidly spreading in the US, the Trump administration has blamed Beijing for the pandemic. At the same time, Washington has increased pressure on Chinese companies, including tech giant Huawei, which it tried to cut off from chip suppliers in addition to earlier blacklisting. Recently, US President Donald Trump promised to ban popular Chinese video app TikTok.

This is in addition to a shaky truce that halted the trade war between the two countries at the beginning of the year. The rising tensions have already sparked concerns over the fate of the trade agreement, while the US has been actively trying to persuade companies to ditch China and relocate back to the US or elsewhere in Asia.