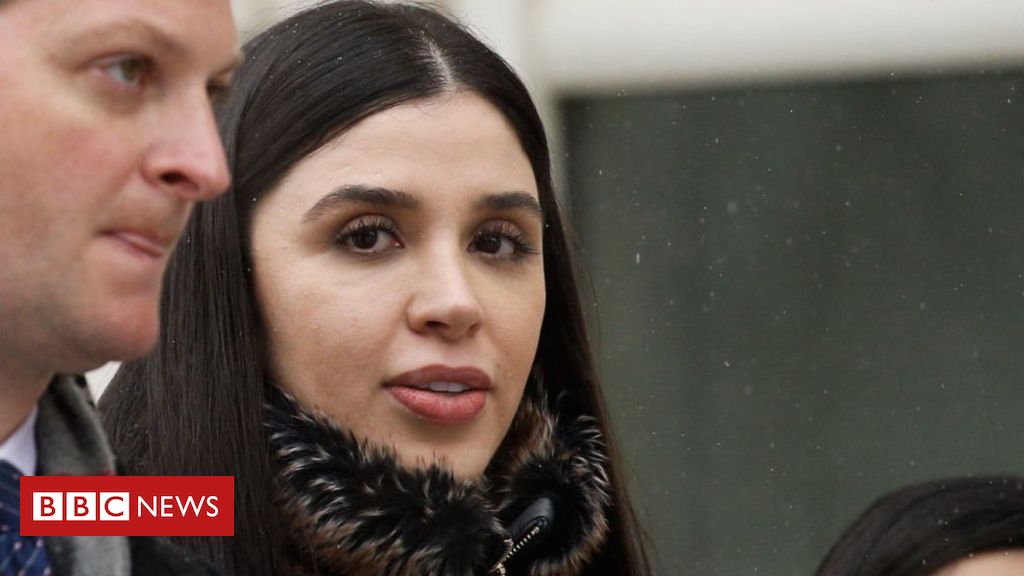 The wife of jailed Mexican drug lord Joaquín “El Chapo” Guzmán has been arrested in the US on suspicion of drug trafficking, US authorities say.

She is charged with participating in a conspiracy to distribute cocaine, methamphetamine, heroin and marijuana.

Guzmán is currently serving a life sentence in New York for drug trafficking and money laundering.

The 63-year-old is a former head of the Sinaloa cartel, which officials say was the biggest supplier of drugs to the US.

His trial in 2019 heard shocking revelations about his life, from drugging and raping girls as young as 13 to carrying out the cold-blooded murders of former cartel members and rivals.

Ms Coronel Aispuro is due to appear in a federal court in DC via video conference, the US justice department said.

As well as facing drug trafficking charges, she is also accused of conspiring with others to help her husband escape from prison in Mexico in 2015.

He was sprung from Mexico’s maximum-security Altiplano prison after his sons bought a property near the prison and a GPS watch smuggled into the prison gave diggers his exact location. He escaped by riding a specially adapted small motorcycle through the tunnel.

Court documents said Ms Coronel Aispuro was allegedly involved in planning another prison escape for her husband before he was extradited to the US in January 2017.

She has not commented on the charges.

Ms Coronel Aispuro is a dual US-Mexico citizen and the mother of twins with Guzman. She attended nearly every day of her husband’s three-month trial in New York, during which she heard not only grim accounts of murder and rape, but also claims he spied on her and other mistresses.

She stayed loyal, saying at the end of the trial: “I don’t know my husband as the person they are trying to show him as, but rather I admire him as the human being that I met, and the one that I married.”

Guzmán came from a poor family in Sinaloa state, north-west Mexico. His organised crime business grew so big that he entered Forbes’ 2009 list of the world’s richest men at number 701, with an estimated worth of $1bn (£709m).