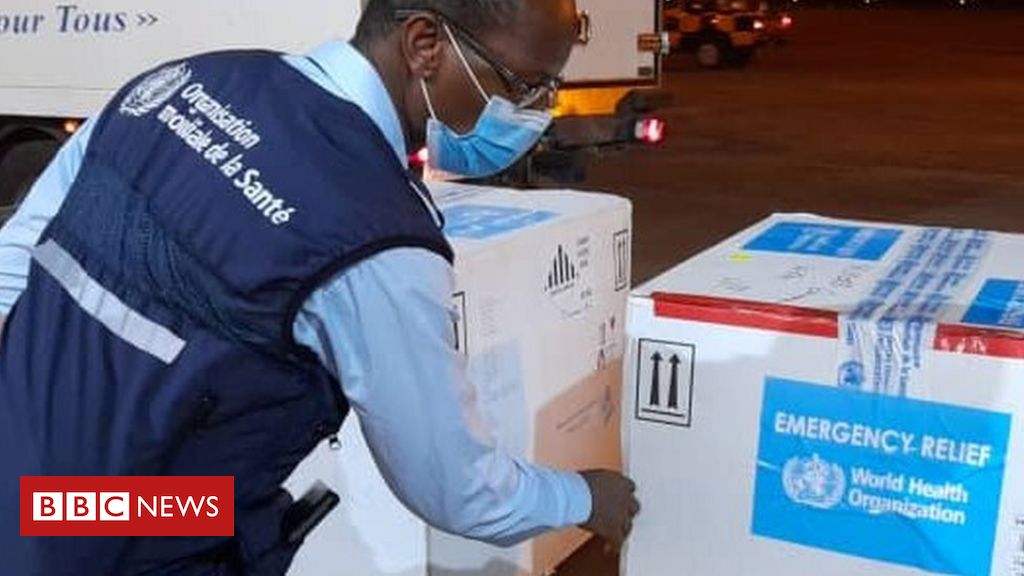 A special plane carrying a consignment of Ebola vaccines has landed in Guinea, which will allow a vaccination campaign to begin later on Tuesday.

A dust storm in the Sahara had forced the aircraft off course on Sunday when it was diverted to Senegal.

Five people have recently died in Guinea from Ebola, the first cases in the region for five years.

In response to that epidemic, vaccines were developed, which have since been successfully used to fight outbreaks in the Democratic Republic of Congo.

Who is being vaccinated for Ebola?

The focus is to vaccinate those who have come into contact with Ebola patients as well as frontline health workers.

The World Health Organization (WHO) said the 11,000 doses, which have arrived in the capital, Conakry, would be taken to the area near the south-eastern city of Nzérékoré within hours to start the inoculations.

The doses provided by the WHO are not enough for whole communities, so decisions have to be made as to who is most at risk, reports the BBC’s Africa correspondent Catherine Byaruhanga.

Guinea’s forest region is the epicentre of this outbreak, as it was in 2013 when the disease spread to neighbouring Liberia and Sierra Leone, she adds.

The country officially declared that it was dealing with an epidemic on 14 February, but the WHO hopes a major outbreak can be avoided with this vaccination campaign.

How did the latest Ebola outbreak start?

A nurse who worked at a health centre in Goueké, near Nzérékoré city, fell ill on 18 January and was first diagnosed with typhoid and then malaria.

When she got no better, she consulted a traditional practitioner in Nzérékoré, but died four days later.

Several of her relatives and the traditional healer she consulted then fell ill.

Community funerals, where people help wash the body of the person who has died, can be a key way of spreading Ebola in the earlier stages of an outbreak.

The bodies of victims are particularly toxic. The incubation period can last from two days to three weeks.

Ebola jumps to humans from infected animals, such as chimpanzees, fruit bats and forest antelopes. Bushmeat – non-domesticated forest animals hunted for human consumption – is thought to be the natural reservoir of the Ebola virus.

It then spreads between humans by direct contact with infected blood, bodily fluids or organs, or indirectly through contact with contaminated environments.