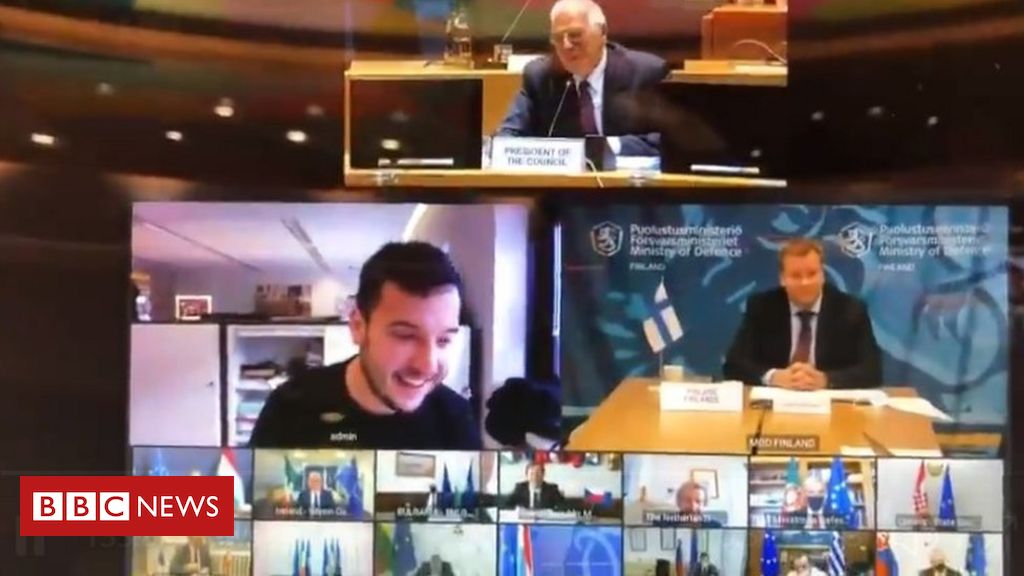 Daniel Verlaan of RTL Nieuws joined the meeting after the Dutch defence minister accidentally posted some of the login details on Twitter.

The visibly surprised technology reporter started waving once he realised he’d been let in.

“You know that you have been jumping into a secret conference?” EU foreign policy chief Josep Borrell said.

Mr Verlaan managed to access the meeting after Dutch Defence Minister Ank Bijleveld tweeted a photo that contained the login address and part of the PIN code.

“After a number of attempts, RTL Nieuws succeeded in guessing the PIN code of the secret consultation, because five of the six digits of the pin code were visible in the photo,” the news outlet said.

While many have seen the funny side of the hack, it raises serious questions over the security of confidential EU meetings.

The meeting was ended due to the breach, while a Foreign Affairs Council spokesman told RTL: “Such a breach is illegal and will be reported to the authorities.”

A Dutch defence ministry spokesperson said tweeting the login details had been a “stupid mistake”.

“This shows how careful you should be careful when sending a picture of a meeting,” they added.