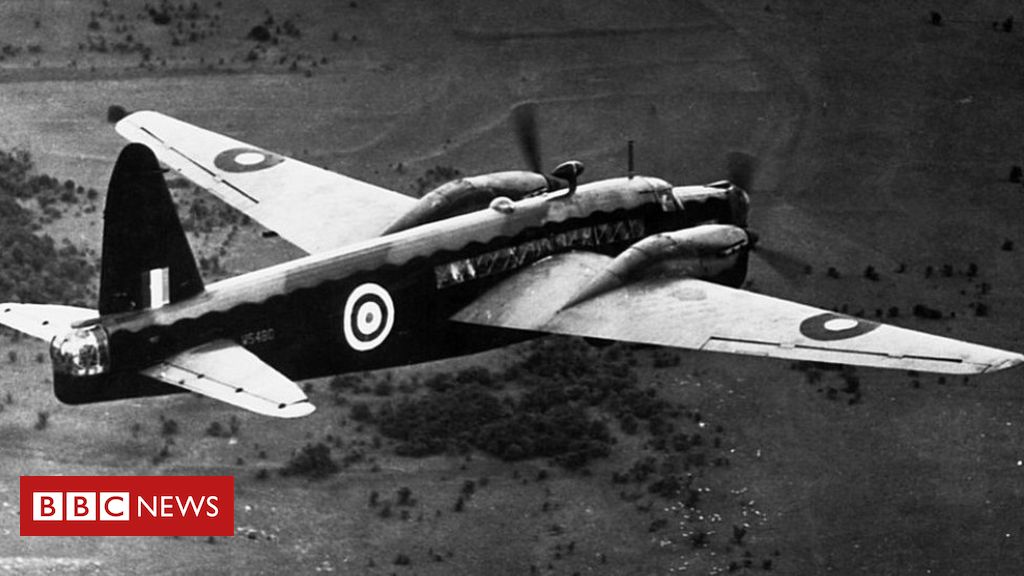 Dutch salvage workers have found some bone fragments and scraps of airmen’s clothing in the debris of an RAF Wellington bomber shot down over the Netherlands in June 1941.

The Wellington had a six-man Czech crew, five of whom died. It was downed by a German night fighter, crashing at Nieuwe Niedorp, a village about 60km (37 miles) north of Amsterdam.

It had been bombing the port of Bremen.

The dig is part of a wider Dutch project to find wartime crews’ remains.

A week ago the Czech Ambassador to the Netherlands, Katerina Sequensova, visited the site, where recovery work began on 25 May. Civil engineers and the Dutch defence ministry are involved, including military forensic identification specialists.

In World War Two the RAF’s 311 (Czechoslovak) Squadron had airmen who had fled Nazi-occupied Czechoslovakia and had then had combat experience in Poland or France. It was based at RAF East Wretham, near Thetford in Norfolk.

Geert Jonker, a member of the identification team at Nieuwe Niedorp, told Czech TV: “They never returned home to Czechoslovakia, so the least we can do is go out and search for them and give them a proper burial.”

The Wellington’s pilot, Flight Sgt Vilem Bufka, parachuted out of the burning plane, broke a leg on landing and was captured by the Germans. He was imprisoned in Colditz Castle, with many other Royal Air Force POWs, and returned to Czechoslovakia in August 1945. He wrote a memoir – Bomber T2990 Gone Silent – and died in 1967.

In its tribute to the crew, the Czech Foreign Ministry says Valach had “met an English girl Doreen Francis Todd and they were married on 10 December 1940”. It adds: “Their son was born in 1941.”

The RAF Museum says 311 Squadron focused mainly on bombing the cities of Bremen and Cologne.

“The squadron’s greatest success was the sinking of the blockade runner Alsterufer, which transported over 300 tons of rare tungsten from Japan to Germany,” it says. The operation took place off the French Atlantic coast in 1943. During the war the Allies imposed a naval blockade to stop cargo ships bringing essential supplies to Nazi Germany.