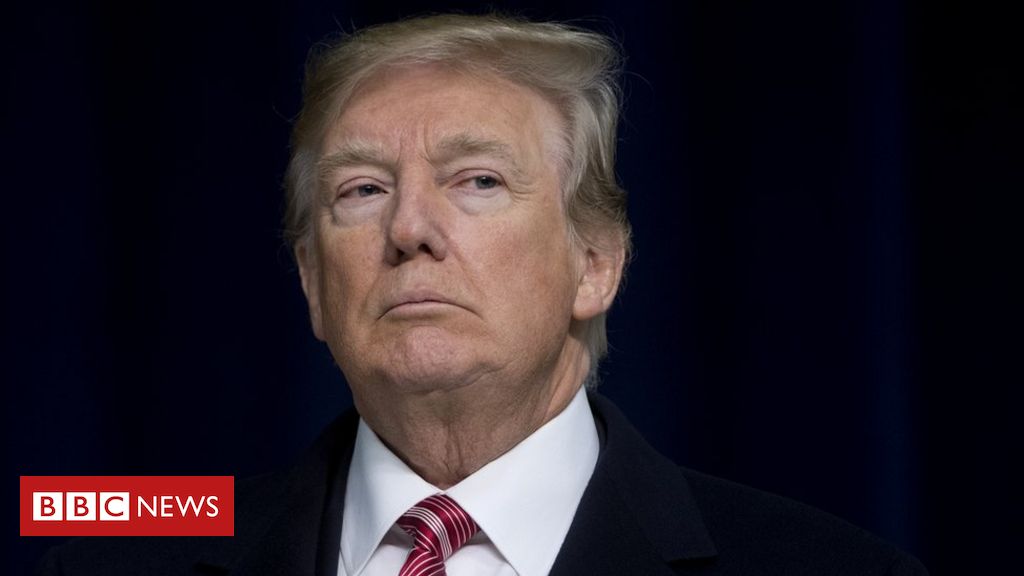 Donald Trump has been ordered by the US Supreme Court to hand over his tax returns and other financial records to prosecutors in New York.

The former US president has been refusing to release the documents for several years, despite a precedent that presidential candidates should do so.

A lower court had earlier ruled that the records were pertinent to a criminal investigation.

The ruling does not necessarily mean the files will be made public.

The financial documents should be provided as evidence to a grand jury to be scrutinised in secret, and might only later become public as part of an indictment.

A grand jury is set up by a prosecutor to determine whether there is enough evidence to pursue a prosecution. The jury is given investigative powers and can issue subpoenas to compel people to testify.

The US Supreme Court’s decision is a blow to Mr Trump, who has been in a legal battle to protect his records from a grand jury for months.

But lawyers representing Mr Trump challenged that ruling, suggesting that the court filing was “wildly overbroad” and issued in bad faith.

On Monday, the court rejected the lawyers’ argument.

According to US media, this was the last opportunity for the former president, who left the White House last month ahead of President Joe Biden’s inauguration, to keep the records private.

Mr Trump has continuously denied wrongdoing and has called the investigation into his tax affairs a “witch hunt”.

In a statement on Monday, Mr Trump accused New York prosecutors of unfairly targeting him and said that the Supreme Court “never should have let this ‘fishing expedition’ happen”.

What’s the background to this?

Manhattan District Attorney Cyrus Vance, a Democrat, has been trying for months to obtain eight years’ worth of Mr Trump’s personal and corporate tax returns.

Mr Vance has been investigating allegations surrounding the payment of hush money before the 2016 presidential election to two women who said they had had sexual relationships with Mr Trump.

The district attorney has said that the tax returns and financial records are pertinent to the case.

It is alleged that the payments were made by Mr Trump’s former lawyer Michael Cohen to adult film star Stormy Daniels and former Playboy model Karen McDougal.

They cited newspaper articles about supposed bank and insurance fraud at the Trump Organization and congressional testimony by Cohen, who said the former president would devalue his assets when trying to reduce his taxes.

Mr Trump, who inherited money from his father and went on to become a property developer, is the first president since Richard Nixon in the 1970s not to have made his tax returns public.