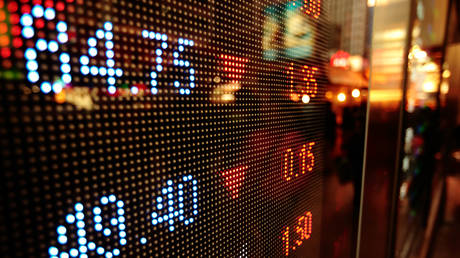 Walt Disney, Verizon, and Boeing, as well as California-based biopharmaceutical firm Amgen and tech conglomerate Honeywell, were the worst stocks of 2021, according to stock market index Dow Jones.

Disney and Verizon stocks saw double-digit percentage losses, while the other three firms booked losses in the single digits.

Entertainment giant Disney’s stock plunged 14.5% in 2021 amid a slowdown in Disney+ channel subscriber growth, which helped the company offset Covid-19 pandemic-induced losses when parks and cinemas closed during lockdowns. 2021 saw restrictions easing, and people turning to entertainment outside their homes instead of Disney+.

Shares of Verizon fell 11.6% in 2021, with analysts claiming the telecom giant may soon lose its ‘best network’ status to T-Mobile.

Boeing shares lost 5.95% last year, making the plane-maker the third worst Dow stock. The company faced a range of issues throughout the year, from the lingering effects of the 737 MAX deadly crashes in 2019 and subsequent grounding of the planes, to production issues with the 787 Dreamliner. However, as most airlines have by now lifted restrictions on the 737 MAX, analysts predict Boeing to return its earnings this year.

Shares of Honeywell and Amgen slipped around 2% in 2021, with the aerospace supplier suffering from supply chain and inflation challenges, while the biotech firm lost points on fears over the potential effects of President Joe Biden’s  looming drug pricing negotiation plan.

The Dow Jones Industrial Average is made up of 30 major companies listed on US stock exchanges. Overall, the Dow Jones ended the year with a 18.7% growth.