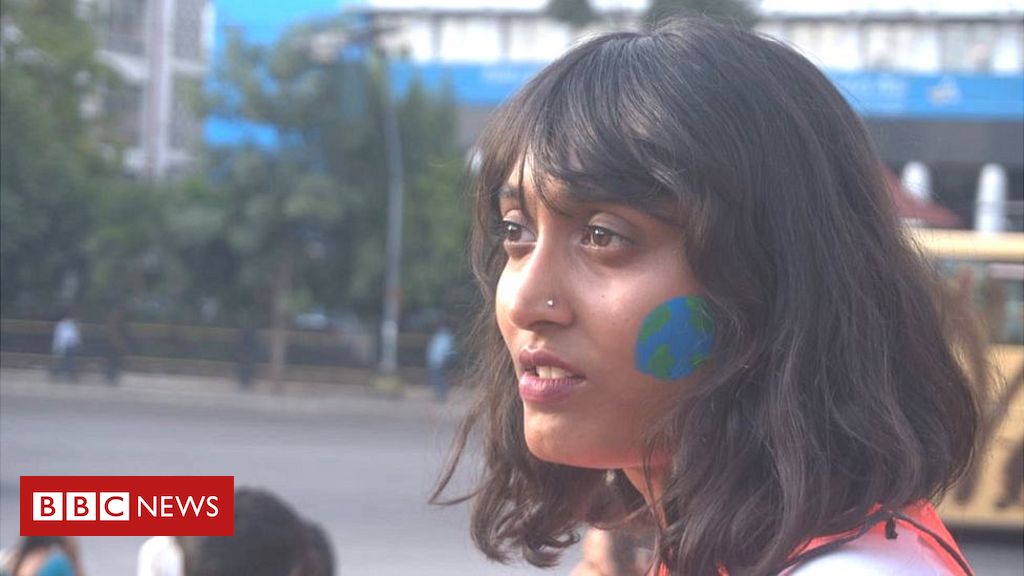 An Indian court has granted bail to a 22-year-old climate activist who was arrested for sharing a document intended to help farmers protesting against new agricultural laws.

Police said Disha Ravi was a “key conspirator” in the “formulation and dissemination” of a protest “toolkit”.

They have accused her of sedition and conspiracy – charges she has denied.

Activists have called her arrest a warning to those who want to show support for anti-government protests.

Tens of thousands of farmers have been protesting for three months against new laws, which they say will benefit only big corporations.

These protests have come to represent one of the biggest challenges faced by Prime Minister Narendra Modi’s Bharatiya Janata Party (BJP) government.

Ms Ravi, one of the founders of the Indian branch of the Fridays for Future climate strike, was arrested by Delhi police on 13 February from her home in the southern city of Bangalore.

She was flown to Delhi where she appeared before a magistrate and was remanded in custody.

In a statement posted on social media, police said she had “collaborated” to “spread disaffection against the Indian state”.

They said she was an editor of a document – “toolkit” – and had shared it with Swedish climate activist Greta Thunberg, who had tweeted it.

On Saturday, a Delhi court asked the Delhi police whether it had any evidence against Ms Ravi or “are we required to draw inferences and conjectures”. The police were opposed to Ms Ravi’s bail application.

Her lawyer told the court that “having a difference of opinion does not amount to sedition”. He asked the court whether, for example, it would be fair to consider someone who preferred “Kung Fu to yoga” a “Chinese spy” as a result.

Police said the toolkit suggested there was a conspiracy in the run-up to a huge rally on 26 January, which saw protesting farmers clash with the police.

In court, Ms Ravi broke down and told the judge she had merely edited two lines of the document.

But police said she had shared the document with Ms Thunberg and then asked her to remove it after it was “accidentally” leaked.

“We have registered a case for spreading disaffection against the government of India – it’s regarding sedition – and disharmony between groups on religious, social and cultural grounds, and criminal conspiracy to give shape to such a plan,” he added.