Home Economy Deloitte to pay Malaysia $80mn for its role in pilfering of state... 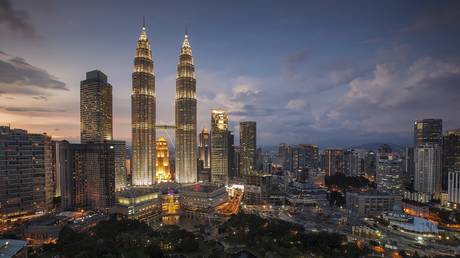 Deloitte will pay Malaysia’s government $80 million to resolve all claims related to its auditing of accounts of scandal-linked state fund 1MDB and its unit SRC International from 2011 to 2014.

The Finance Ministry said on Wednesday that “The successful out-of-court settlement with Deloitte will expedite the payment of monies to fulfill 1MDB and SRC’s outstanding obligations, which would otherwise be delayed by potentially protracted and costly court battles.”

Deloitte has been under scrutiny for its role in auditing the financial statements of the 1Malaysia Development Berhad (1MDB) state fund. The multibillion-dollar scandal involved top Malaysian officials, including former Prime Minister Najib Razak, who was sentenced to 12 years in jail after being convicted on charges related to theft from the fund.

In 2019, Malaysia’s securities regulator fined Deloitte 2.2 million ringgit (about $543,000) for failing to report irregularities in relation to an Islamic bond issued by a 1MDB-linked company. After the US Justice Department filed civil lawsuits in 2016 over 1MDB, Deloitte said the 1MDB financial statements it had audited should no longer be relied upon.

Malaysian and US authorities estimate that at least $4.5 billion was stolen from 1MDB between 2009 and 2014 by senior officials of the fund and their associates.

In October, Goldman Sachs (Asia), which was the main banker for the fund and helped it to raise $6.5 billion through bond sales, was fined $350 million by Hong Kong’s Securities and Futures Commission for its role in the corruption saga. The fine is the highest ever imposed by the Hong Kong markets’ watchdog.

The money siphoned off from Malaysia’s state coffers was used to buy everything from artwork and jewelry to real estate and a superyacht. Some of the cash helped to finance the movie ‘The Wolf of Wall Street’, which earned actor Leonardo DiCaprio a Golden Globe for his performance as a stock market scammer.