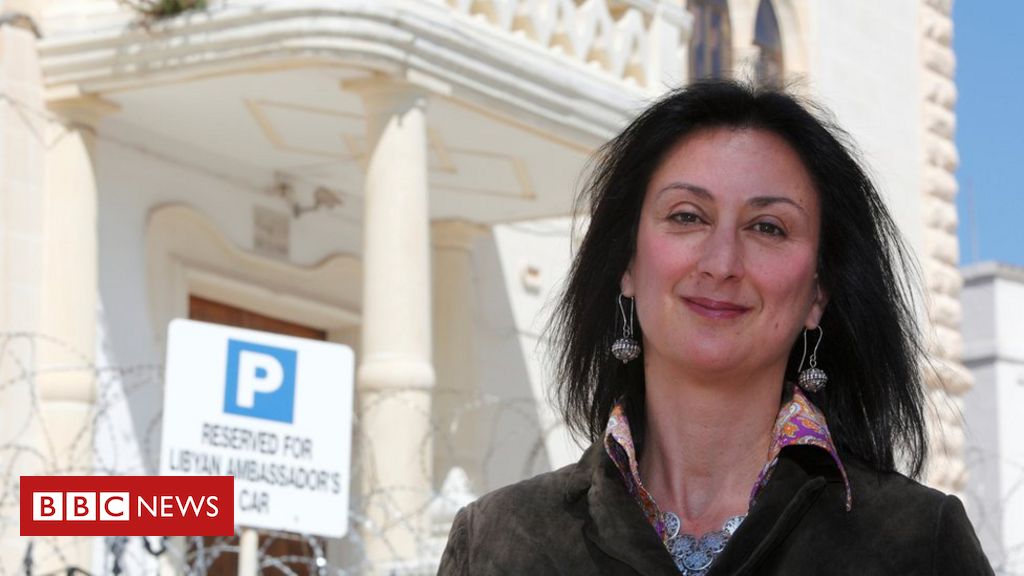 One of three men accused of assassinating investigative journalist Daphne Caruana Galizia in Malta in 2017 has been sentenced to 15 years in prison after pleading guilty.

Vincent Muscat admitted involvement on Tuesday in the car bombing that killed the reporter.

Many suspect it was ordered by top Malta establishment figures.

Called a “one-woman Wikileaks”, Caruana Galizia uncovered networks of corruption in the country and abroad.

The two other defendants, brothers George and Alfred Degiorgio, who are also in their 50s, were also in the courtroom on Tuesday but did not speak.

The three men were charged with planning the assassination and triggering the bomb that killed Caruana Galizia near her home in October 2017. They were arrested in December the same year. The Degiorgio brothers have stuck to not guilty pleas.

According to the Times of Malta newspaper, Muscat reached a plea bargain with prosecutors in the case, offering up information about the killing and renouncing his right to appeal.

Mr Fenech, who was arrested as he tried to sail away from Malta on a yacht in November 2019, is awaiting trial.

Caruana Galizia, who was 53 when she died, spent 30 years as a journalist and relentlessly accused Maltese politicians and other officials of corruption in her popular Running Commentary blog.

She was a harsh critic of government and effectively triggered an early election in 2017 by publishing allegations linking the then-prime minister to the Panama Papers scandal.

Joseph Muscat, who is not related to the suspect, denied the corruption allegations. He later resigned as prime minister in December 2019 after an investigation implicated his close associates in the murder.

After her assassination, her son Paul hit out at what he called the country’s “mafia state”, saying his mother had been killed “because she stood between the rule of law and those who sought to violate it”.

Following the sentencing on Tuesday, the journalist’s family said in a statement they hoped “this development will begin the road for total justice for Daphne Caruana Galizia”.