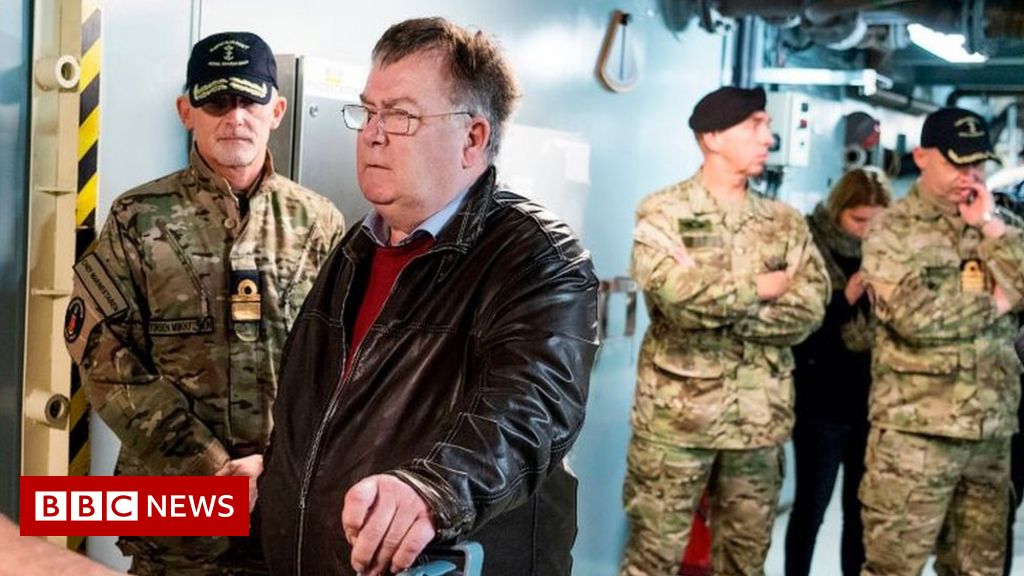 A former Danish defence minister, Claus Hjort Frederiksen, said on Friday that he had been charged under a law that deals with divulging state secrets.

He did not say what he was accused of leaking, but insisted he would never do anything to harm Denmark.

On Monday, it emerged a former foreign intelligence chief was being held on the same charges.

Lars Findsen, has been in prison for a month, also for allegedly leaking top-secret information.

He described the charges as “insane” and said he would be pleading not guilty.

Mr Frederiksen said he had spoken out on a political issue, but did not say which one. He was defence minister for three years to 2019 as well as chairman of the Intelligence Services Committee.

There has been no comment from prosecutors but Danish media say the ex-minister had previously appeared to confirm the existence of a top-secret collaboration with the US, which allowed Washington to use Danish data for spying.

In 2020, he gave an interview in which he shocked defence experts by indicating that Danish citizens could become caught up in the secret wire-tapping deal.

The NSA was said to have accessed text messages and phone conversations by tapping into Danish internet cables in co-operation with the FE.

“I can confirm that I am charged under section 109 of the criminal code for having violated the limits of my freedom of expression.” Mr Frederiksen said in a statement through his Liberal or Venstre party.

Under the penal code, disclosing details of “secret negotiations, deliberations or resolutions” involving the state amounts to treason and can carry a 12-year prison term.