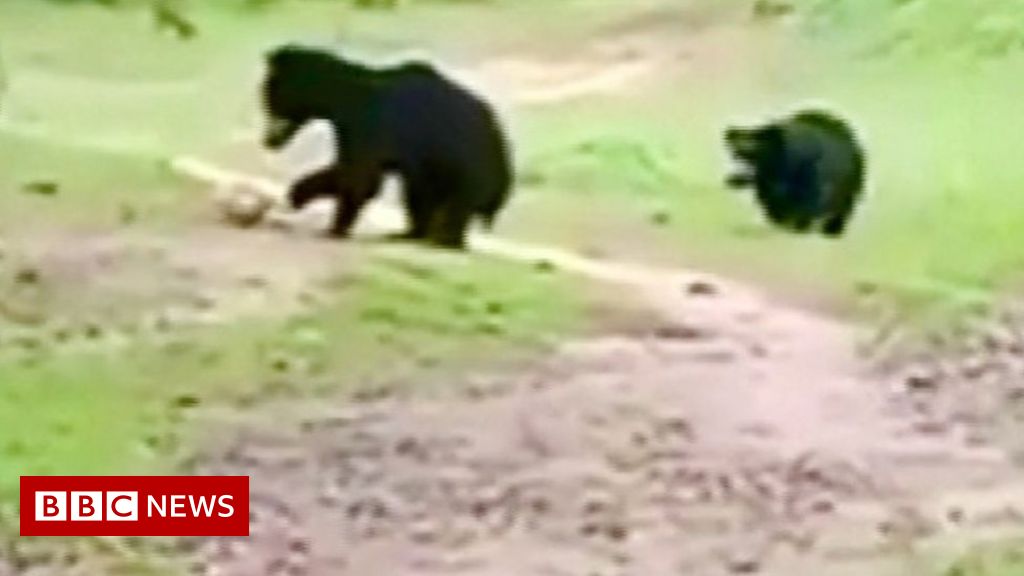 A football game in India’s eastern state of Odisha (formerly known as Orissa) had two surprise visitors – a mother bear and her cub.

When the football got kicked out from the pitch into a nearby forest, the bears found it and seemed reluctant to return it.

They bounced it between them, kicking and tossing the ball in the air, much to the amusement of locals.

The bears then took the ball into the forest.