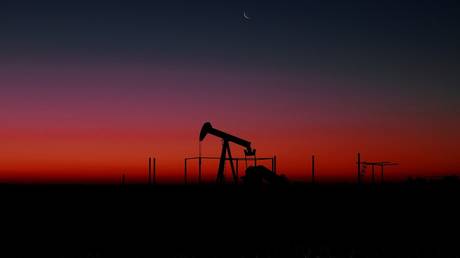 Oil futures dropped on Monday as members of the Organization of the Petroleum Exporting Countries (OPEC) and their allies led by Russia, known as OPEC+, are set to ease record oil production cuts, starting this month.

Both international benchmark Brent and US West Texas Intermediate (WTI) were down around one percent, with Brent trading at $43.19 a barrel and WTI at $39.85 a barrel as of 10am GMT.

The decline came as an OPEC+ deal enters its second phase in August, after a prolonged period of massive daily curbs of 9.7 million barrels that were aimed at offsetting a steep slump in demand due to the coronavirus pandemic. From this month on, the agreed cuts will be lowered to 7.7 million barrels per day (bpd).

“Now they’ve restored the balance, prices have recovered, but they have to be very careful because they don’t want to be the victim of their own success,” John Driscoll, chief strategist at JTD Energy Services, told CNBC on Monday.

Apart from a scheduled rise in production, the still-recovering energy market saw the inflow of an additional amount of over one million barrels a day, as OPEC’s de-facto leader, Saudi Arabia, and some other Gulf states ended their voluntary extra supply curbs on top of the deal.

At the same time, some producers were caught failing to fulfill their commitments under the agreement. For example, OPEC’s second-largest producer, Iraq, which had promised to make up for over-production in May and June through larger cuts in later months, was still falling behind the targeted level in July, Reuters has reported.

Also on rt.com
Massive bankruptcies & $300 BILLION in write-downs coming for US shale

US shale producers are another concern for the fragile balance in global oil markets. While US shale production is expected to drop in August to about 7.49 million bpd, the lowest in two years, analysts warn that shale producers may start increasing output as crude prices climb higher.

“If prices were to zoom past $45 a barrel, $50 a barrel on the back of these cuts, that may be waving the red cape in front of the US independents, the producers,” Driscoll said.

“A recovery in oil prices from record lows is likely to encourage US shale producers to ramp up output,” Hiroyuki Kikukawa, general manager of research at Nissan Securities, has said, as cited by Reuters.