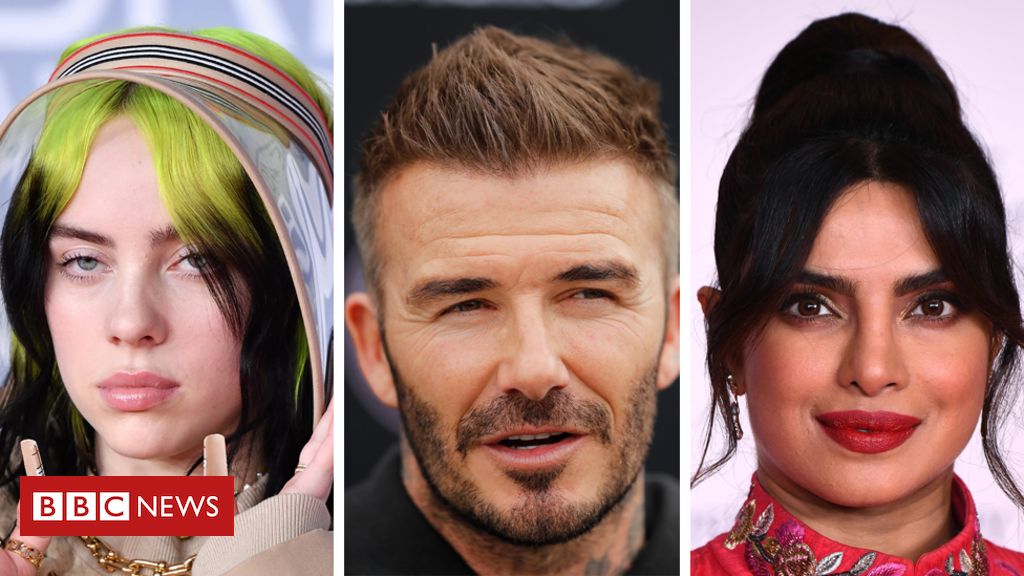 Millions of Covid vaccines could be wasted if rich countries send large amounts of leftover doses to poorer nations in one go, Unicef has warned.

The charity said there needed to be a steady supply throughout the year because poor countries do not have resources to use them all at once.

The UK and others have promised to donate their surplus doses – but they have been asked to give more earlier.

The celebrities have signed a letter to the G7 group of rich countries – including the UK – asking them to donate 20% of their vaccines by August.

“The pandemic will not be over anywhere until it is over everywhere,” said Beckham.

Unicef’s vaccine lead Lily Caprani told BBC Newsnight that countries needed to vaccinate their own populations at the same time as the rest of the world.

“At some point, no doubt, we will need to vaccinate under-18s,” she said. “But the priority at this moment has to be making sure that all of the vulnerable and priority groups around the world get vaccines.

“So we’re saying countries like the UK and the G7 need to donate their doses to those low income countries now, while still vaccinating their populations at home.”

Unlike other countries, the UK has not revealed how many doses it plans to donate to the Covax vaccine-sharing scheme, saying only that it will donate its excess doses. On Friday Mr Hancock said the UK did not currently have any spare doses.

Unicef’s Ms Caprani called on G7 countries to start donating jabs now as well as throughout the summer and the rest of the year.

“Low income countries need a steady supply that they can get off the tarmac and into the arms of health care workers,” she said.

“The unintended consequence of saving all these vaccines up to Christmas time is that countries won’t be able to absorb them and roll them out and therefore they could end up going to waste. We could see millions of doses of vaccines not used and expiring, and that will be a tragedy.”

In their letter, the celebrities said Unicef was already delivering vaccines in poor countries – but the charity was 190 million doses short.

The letter said the seven G7 countries will soon have enough to donate 20% of their doses between June and August without significant delay to their own rollouts – and doing that would provide more than 150 million doses to Covax.

“The virus is still spreading in many countries and producing new variants with the potential to put us all back where we started,” said the letter to the G7 group.

Some of the celebrities such as tennis star Murray are also urging people in the UK to donate to Unicef’s VaccinAid appeal.

Some countries, like the UK which has ordered 400 million doses of various vaccines, have already vaccinated a large proportion of their citizens.

Some countries have pledged doses by the end of the year – but the World Health Organization has asked nations to share their vaccines now.

At the G7 summit later this week, Prime Minister Boris Johnson is planning to urge setting a target to vaccinate the world by the end of 2022.

Campaigners and critics – as well as a group of MPs – say action needs to be taken now and Britain should donate a dose for every jab imported into the UK.

The UK government has already donated £548m in aid money to the Covax scheme, and half a billion doses of the Oxford/AstraZeneca jab have been ordered by other countries and sent abroad.

In a statement, the government said: “The UK has played a leading role in championing global access to coronavirus vaccines.

The PM has said the UK would share the majority of any future surplus vaccines with the Covax pool when they are available and he will call on fellow G7 leaders to make concrete commitments to vaccinate the entire world against coronavirus by the end of 2022 during the G7 summit later this week.

“So far, we’ve not only provided £548m to help the Covax scheme deliver more than a billion vaccines to lower-middle income countries this year, but also over half a billion doses of the government-backed Oxford/AstraZeneca vaccine have been provided around the world on a non-profit basis.”

The US, France, Germany, Italy and Japan have all said how many doses they will donate to Covax. Like the UK, Canada is yet to put a figure on their planned contribution.