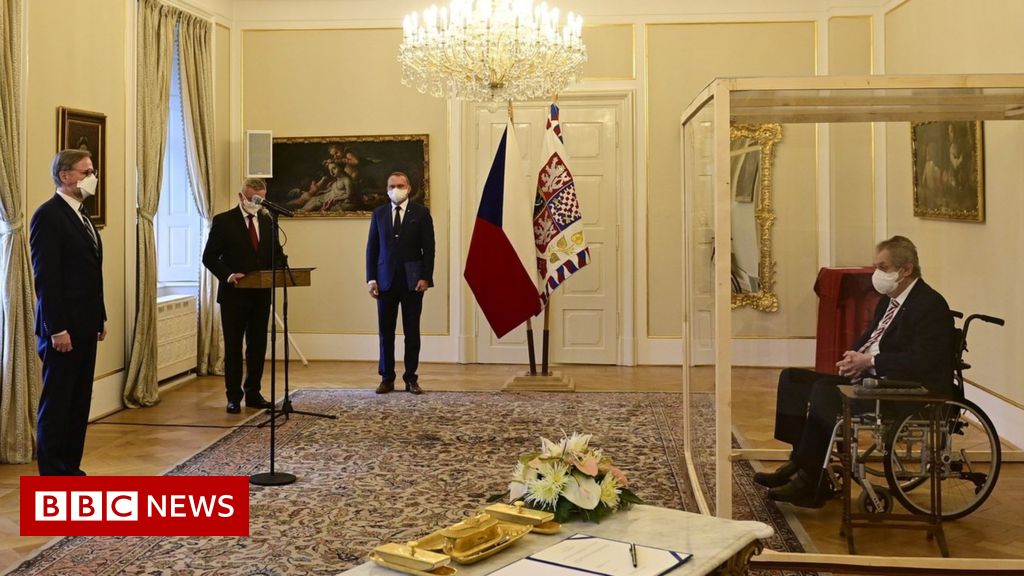 Mr Zeman – who tested positive for coronavirus last week – made the appointment from inside a plexiglass box in a state room at his residence.

The president was wheeled in by hospital staff in full protective gear. Czech rules require a positive patient to observe two weeks of self-isolation.

He caught Covid just after a spell in intensive care for unrelated problems.

The 77-year-old is a heavy smoker and former heavy drinker who uses a wheelchair and suffers from diabetes.

Under the Czech constitution, the president is a figurehead, but he leads talks on forming a new government.

Speaking through a microphone inside the sealed box, Mr Zeman said he would spend the next two weeks interviewing nominees for minister, even though the choice of candidates is supposed to be up to the prime minister-designate.

This process will continue until 13 December, at which point the new government as a whole can be appointed to take over from Mr Babis.

Prime Minister Babis and his populist ANO party had sought re-election after four years in power. But they were beaten in the poll by the centre-right coalition Spolu (meaning Together).

The appointment of Mr Fiala comes after weeks of speculation that the president wanted to entrust his ally, the incumbent, with the task of forming a cabinet.

A controversial figure, Mr Zeman is known for making divisive remarks and using strong language. In June he was sharply criticised for calling transgender people “disgusting”.