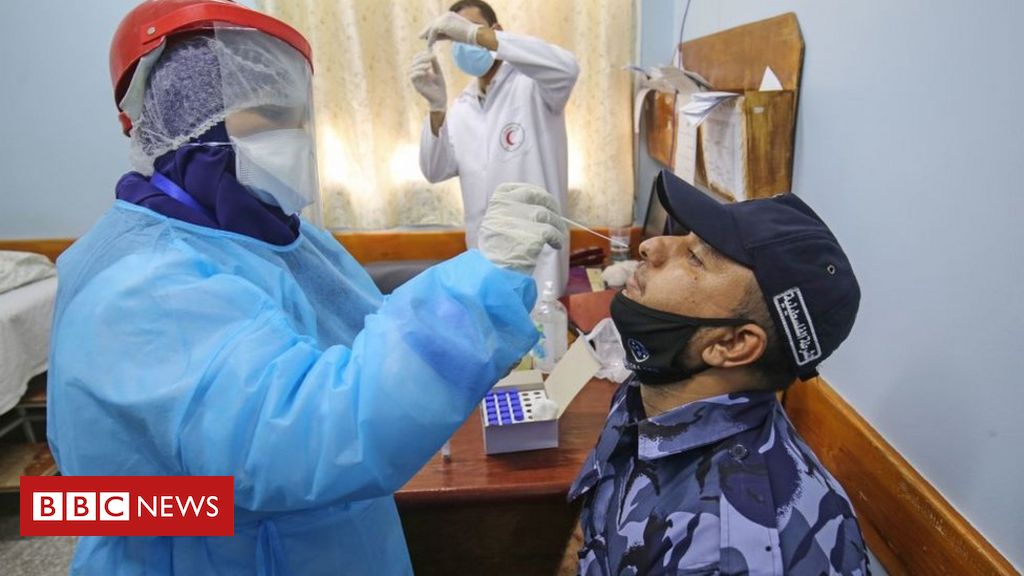 Of Gaza’s 100 ventilators, 79 are already taken up by Covid-19 patients, said Abdelraouf Elmanama, of the enclave’s pandemic task force.

Densely populated Gaza, with two million residents and high levels of poverty, is vulnerable to contagion.

It has recorded more than 14,000 coronavirus cases and 65 deaths in total.

“In 10 days the health system will become unable to absorb such a hike in cases and there might be cases that will not find a place at intensive care units,” said Mr Elmanama.

Abdelnaser Soboh, emergency health co-ordinator in the World Health Organization’s Gaza office, warned that “within a week, we will become unable to care for critical cases”.

Gaza is subject to a longstanding land, sea and air blockade by Israel and Egypt that has devastated its economy and, along with disputes between its Islamist Hamas rulers and rival West Bank-based Palestinian Authority, impaired its public health system.

Israel and Egypt imposed the blockade in 2007 when the Palestinian militant group violently reinforced its control over the territory a year after winning elections. The two countries say the blockade is for self-defence.

Hamas has so far imposed one lockdown on the territory, when infections started to rise suddenly in August. Businesses, schools and mosques were closed.

Israeli Minister of Science and Technology Izhar Shay said international humanitarian aid would be allowed to reach Gaza but warned that his government was “not giving Hamas any ‘coronavirus discounts'”.

“We will continue responding as [we see] appropriate,” he told Israel’s Army Radio. “This is the level that we can preserve in the coronavirus context.”

In another development, Israel has pledged to provide up to four million doses of a Covid-19 vaccine for the West Bank and Gaza Strip when it becomes available, a senior official from the Palestinian Authority told Israel Hayom newspaper.

The official said that in every agreement signed by Israel with vaccine companies, a percentage of the vaccines would be set aside for the Palestinian territories.