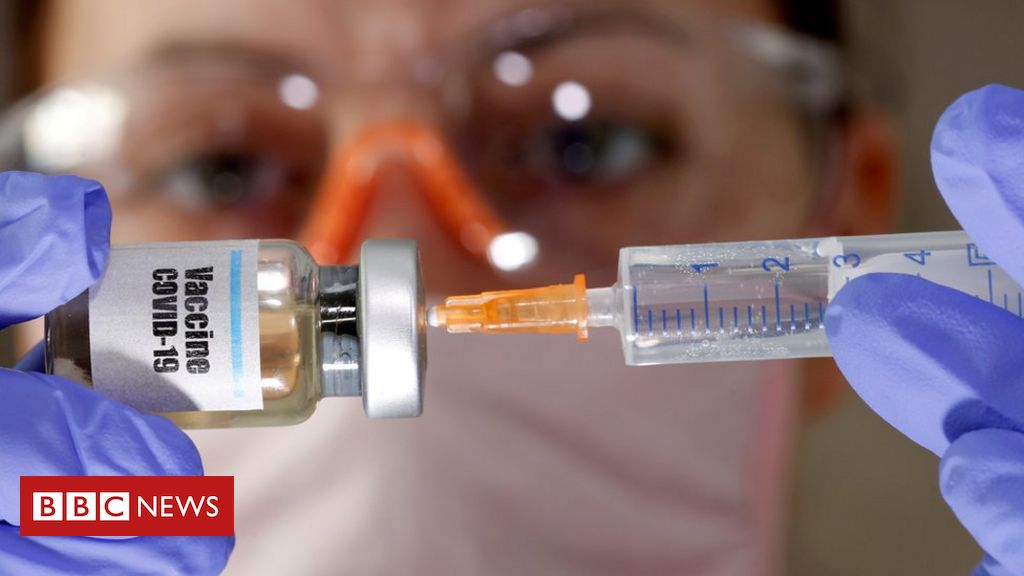 The first Americans to receive a Covid-19 vaccine could get it as soon as 11 December, according to the head of the US coronavirus vaccine programme.

Dr Moncef Slaoui told US network CNN the plan was to “ship vaccines to the immunisation sites within 24 hours” of a vaccine being approved.

The comments come amid a surge in coronavirus cases across the country.

The US has recorded more than 12m cases and 255,000 deaths, according to data compiled by Johns Hopkins University.

These are the highest tolls registered anywhere in the world.

American pharmaceutical company Pfizer and its partner BioNTech submitted an application on Friday for emergency authorisation in the US of their Covid-19 vaccine.

Data from an advanced trial showed the vaccine protects 94% of adults over 65.

A Food and Drug Administration (FDA) vaccine advisory committee is set to meet on 10 December to discuss whether to authorise the vaccine.

Dr Slaoui said the vaccine could be rolled out “maybe on day two after approval, on the 11th or the 12th of December”.

He said the vaccine would be distributed based on each state’s population. States will be responsible for deciding who gets the vaccine first, but it is recommended that priority be given to those most at risk, like front-line workers and the elderly.

Dr Slaoui said that by May, the country could achieve “herd immunity” with 70% of the population vaccinated.

US officials earlier granted emergency authorisation for an experimental antibody treatment, developed by Regeneron, given to President Donald Trump after his Covid-19 diagnosis.

Also on Sunday, G20 leaders said they would “spare no effort” to ensure the fair distribution of coronavirus vaccines worldwide.

What else is happening with Covid in the US?

The US Centers for Disease Control and Prevention (CDC) has warned that coronavirus cases are “rapidly rising” across the country.

The daily death toll has reached its highest level since May.

Several states have imposed new mask mandates and restrictions to try to combat the rise, and in Texas the National Guard has been deployed in the city of El Paso to help with morgue operations amid a surge in coronavirus deaths.

California has begun a night-time curfew, in an attempt to curb the spread of the virus. It reported a total of one million cases last week, making it the second state to do so after Texas.

The new daily curfew, from 22:00 local time on Saturday (06:00 GMT Sunday) until 05:00, will carry on until 21 December, with a possible extension if needed, according to authorities.

Restaurants are able to offer takeout and delivery outside these hours.

Other places, including New York City, are also operating a night-time curfew. Bars, restaurants and gyms are allowed to open until 22:00, but schools have been closed.

The CDC has urged Americans to avoid travelling for the Thanksgiving holiday on 26 November to prevent increased transmissions.

Thanksgiving typically heralds the busiest week for travel in the US. Last year, an estimated 26 million people passed through the country’s airports in the week surrounding the holiday.

President Donald Trump and President-elect Joe Biden have both said they are against imposing a national lockdown, and favour letting states come up with their own rules.