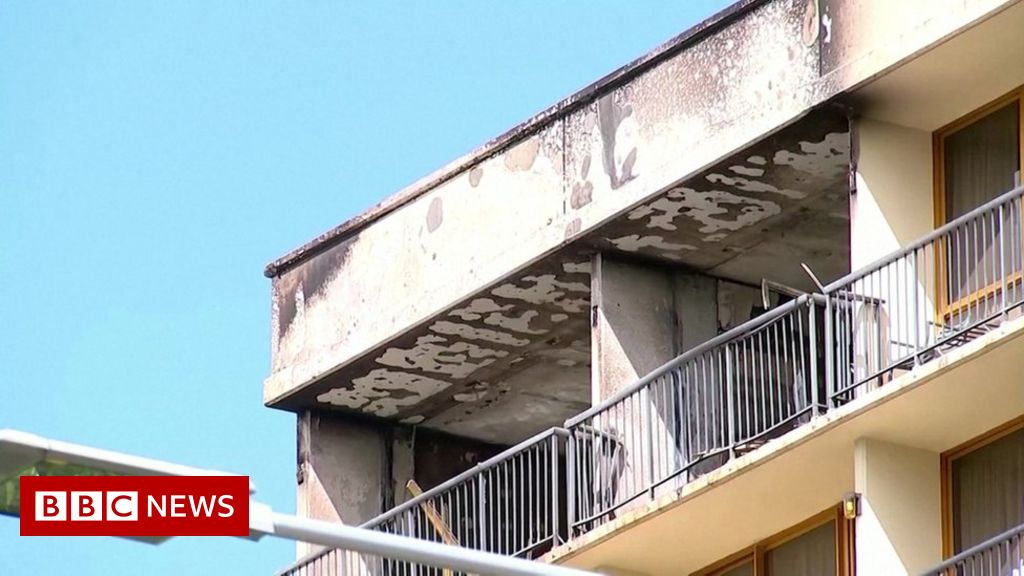 A 31-year-old woman in Australia has been charged with arson after a fire destroyed part of a Covid-19 quarantine hotel in Cairns, Queensland.

It is alleged she lit a fire under a bed in the room she had been sharing with two children on Sunday morning.

More than 160 people were evacuated as fire took hold in the 11-storey Pacific Hotel. No-one was injured.

It came as Australia confirmed two cases of the new coronavirus variant which is prompting new restrictions.

Omicron was first reported by South Africa, and has been classified as “of concern” by the World Health Organization (WHO) with early evidence suggesting a higher re-infection risk.

The government in Canberra has announced a suspension of flights from South Africa, Namibia, Zimbabwe, Botswana, Lesotho, Eswatini, the Seychelles, Malawi, and Mozambique. Non-Australians who have been in those countries in the past two weeks are now banned from entering Australia.

Australians have spent 20 months under some of the world’s strictest border rules, in an effort to keep out Covid.

It is not clear whether the new variant will mean a roll-back of some relaxations that began early this month.

A surge in vaccinations has allowed some Australian states to end their strategy of eliminating all cases.

But unvaccinated travellers are obliged to quarantine for 14 days in hotels in the country.