Home World Covid: Anger as half of Australians in lockdown again 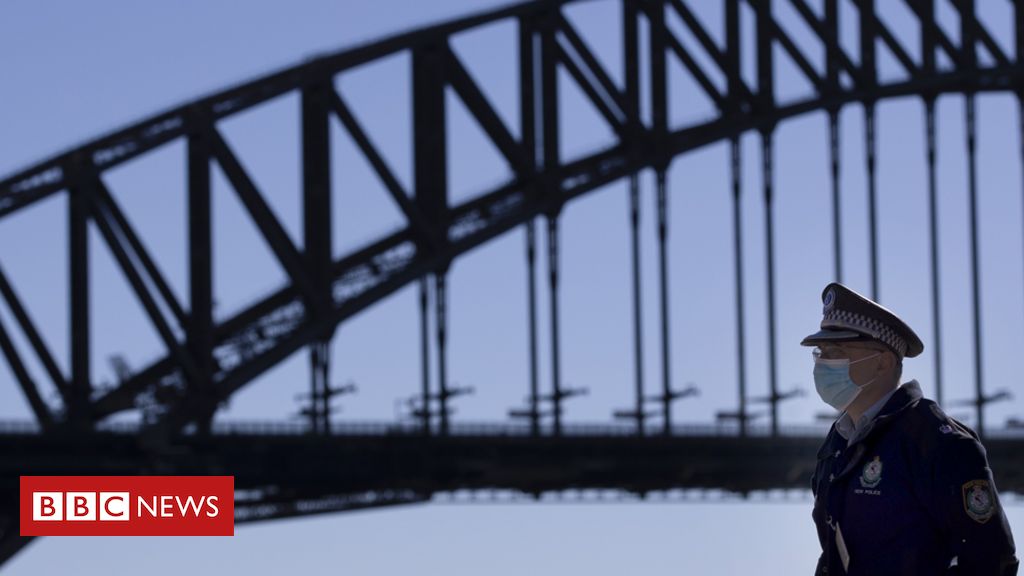 Anger is growing in Australia as 13 million people – about half the population – endure fresh lockdowns to quash Covid outbreaks.

A third state went into lockdown on Tuesday. Stay-at-home orders are now in place in South Australia, Victoria and parts of New South Wales.

Many people have expressed frustration at being back in highly policed lockdowns 18 months into the pandemic.

And re-openings in the UK and the US have put pressure on the government.

Fewer than 14% of people are vaccinated – the worst rating among OECD nations.

Prime Minister Scott Morrison has been heavily criticised over the slow vaccination rate, but has resisted calls to apologise.

“No country has got their pandemic response 100%,” he told reporters on Wednesday.

He again mentioned Australia’s success in keeping overall infections low compared to those in many nations.

915 people have died of Covid in Australia. Mr Morrison noted that the UK had recorded more than 90 deaths in a single day on Tuesday.

Until recently, Australia’s strategy of border closures, quarantine programmes and snap lockdowns helped keep cases low. But the highly contagious Delta variant has challenged these defences in the past month.

The outbreak in Sydney – Australia’s largest city – has infected more than 1,500 people and officials reported more than 110 new cases on Wednesday, despite the city being in lockdown for a fourth week.

There are fears Sydney’s lockdown could extend into September.

Australian authorities have said they intend to eliminate local cases completely until a majority of people are vaccinated, but in Sydney eliminating cases could take months.

Victoria – which saw 22 new infections on Wednesday – will keep its lockdown until at least Tuesday.

And in south Australia a seven-day lockdown has been called after five cases of the Delta variant were found.

Last month, a total of seven cities were in lockdown for a brief period.

Critics say flawed reports about the AstraZeneca vaccine’s rare clotting risk have made many Australians reluctant to take it.

Australia only has limited supplies of its other authorised vaccine, from Pfizer.