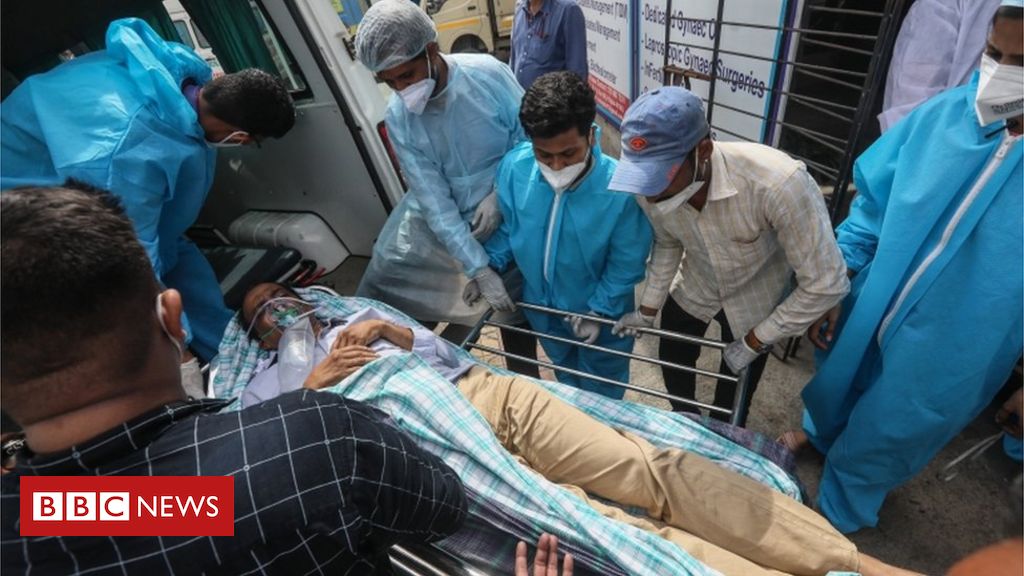 At least 13 patients have died after a fire broke out in the intensive care unit of an Indian hospital treating Covid patients near Mumbai.

The blaze, which took place early on Friday, was extinguished and four survivors have been moved to nearby hospitals, said authorities.

The incident comes amid a deadly second wave of infections in India.

The spike has overwhelmed hospitals, creating a critical shortage of oxygen, intensive care beds and ventilators.

On Friday India recorded 332,730 coronavirus cases, the highest one-day tally anywhere in the world for the second day in a row. Daily deaths from Covid-19 rose by a record 2,263 in the previous 24 hours.

The fire happened at the Vijay Vallabh hospital in the Virar area of the western state of Maharashtra, which is about 70km (43 miles) north of Mumbai.

It remains unclear how the blaze started, and Maharashtra’s chief minister has ordered an inquiry.

The fire at a COVID-19 hospital in Virar is tragic. Condolences to those who lost their loved ones. May the injured recover soon: PM @narendramodi

The rising number of cases has resulted in a deepening healthcare crisis that has gripped several states. Mr Modi is due to hold meetings with chief ministers of the most affected states and oxygen manufacturers on Friday.

India’s top court has asked the central government for a national plan by Friday, on bolstering supply, oxygen, medicine, treatment and vaccines.

Maharashtra is the worst hit state in the country in terms of cases and faces an oxygen shortfall.

Two days earlier, 24 Covid patients died in another part of Maharashtra after they lost oxygen flow to their ventilators. A leak interrupted supply as a storage tank was being refilled at the Zakir Hussain hospital in Nashik city.

In recent days, several other hospitals in Delhi said they had either run out of oxygen or supplies were dwindling rapidly.

A number of people have died while waiting for oxygen, and the majority of intensive care beds in Delhi hospitals are full.

Max Healthcare, which runs 10 private hospitals in the Delhi area, said it waited more than seven hours for oxygen supplies at two facilities.

Three other Indian states – Gujarat, Uttar Pradesh, and Haryana – are also facing a critical shortage of oxygen, while others are seeing depleting supplies.

Medical-grade oxygen is purified and compressed until it is liquid and then delivered to hospital in tankers. The oxygen is then pumped around the hospital in pipes to assist patients whose blood oxygen levels are low.

Meanwhile a travel ban has taken effect in the UK for visitors from India. British and Irish citizens will still be allowed entry but will have to stay in a government appointed quarantine hotel for 10 days.

Canada and the United Arab Emirates have suspended passenger flights for 30 days and Singapore has tightened restrictions on travellers from India.