Home World Covid-19 in Brazil: 'My mum was used as a guinea pig' 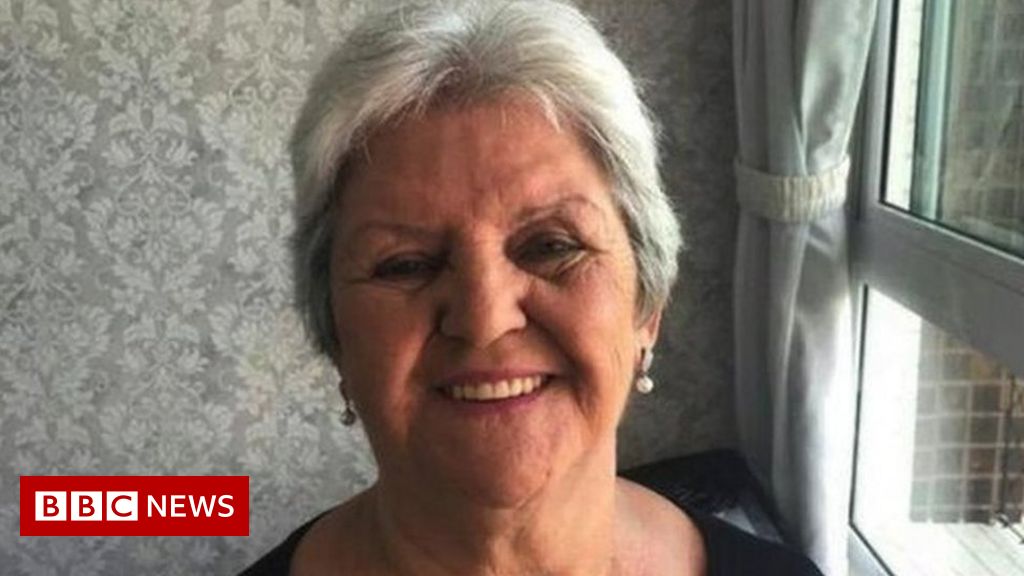 A Brazilian healthcare provider is accused of giving unproven drugs to Covid-19 patients and conducting experiments on elderly people without their relatives’ consent. The allegations have been linked to deaths that, families say, could have been prevented.

Katia Castilho’s grief keeps her awake at night. In March, Norberto, her father, was admitted to a public hospital in São Paulo with Covid-19. Brazil, which has been hit hard by the pandemic, was then at the height of its second wave, with daily deaths numbering 4,000.

Days later, Ms Castilho’s mother, too, began to show symptoms of the disease. Irene, unlike Norberto, had access to a private healthcare provider, Prevent Senior, one of the country’s largest, with more than half a million customers.

The Castilho family contacted the company, and were sent a so-called “Covid Kit”, which included hydroxychloroquine, azithromycin and ivermectin, despite there being no scientific evidence that those drugs are beneficial in the treatment of the virus.

Irene got worse and worse, and Ms Castilho and her two sisters decided to take their mother to a Prevent Senior-owned hospital. But, to their surprise, Ms Castilho says, Irene was sent back home without being examined.

Her condition worsened further overnight. By morning, Irene was struggling to breathe even with an oxygen cylinder. The family went back to the hospital, and she was finally admitted.

On that same day, Norberto died.

He was buried in a hurry, without rites, while the hearse waited a few moments for one of the Castilho sisters to say her goodbyes before driving her back and picking up more bodies.

Meanwhile at the hospital, Irene was kept in a small ward, where staff rarely came to check on her, Ms Castilho says. The sisters took turns to make sure the oxygen mask stayed on.

One day, Ms Castilho noticed that nurses were giving Irene a thick solution. She says she was told it was flutamide, a type of hormone used in prostate cancer. Flutamide can potentially lead to liver failure in certain patients, and Irene was a liver cancer survivor. The sisters say they had expressly told the hospital not to give her this drug.

“I was so upset by everything going on with my father, that I didn’t look for a doctor to discuss this,” Ms Castilho says. “Then I noticed that my mum was getting worse.”

Irene had been in hospital for nearly 10 days when she was taken to intensive care. Her organs began to fail, she developed deep-vein thrombosis, and after three weeks, was infected with a bacteria common in hospitals. She did not survive.

The sisters had 20 minutes to be with their mum for the last time. Irene was cremated and her ashes were scattered over Norberto’s grave.

‘My mum trusted them’

As the intensity of the events eased, Ms Castilho says, “the penny began to drop” about her mother’s treatment. “I started to reflect on things. I couldn’t sleep. It felt like I was rewinding a tape, realising what went wrong.”

The negligence, Ms Castilho believes, started the day Irene was sent the “Covid Kit”, as many scientists were already expressing profound misgivings about the drugs, and continued as doctors prescribed unproven medicine instead of opting for more costly intensive care treatment.

“My mum really trusted [Prevent Senior]. She was anxious and would ask me to call them to find out when her ‘Covid Kit’ would arrive,” she said. “She could never have imagined that she was a guinea pig in their hands, and that she would soon die.”

Now, more deaths are being blamed on the company’s medical practices.

A Senate inquiry into the government’s handling of the pandemic heard allegations that the company was trying to endorse unproven treatments associated with President Jair Bolsonaro, who has repeatedly dismissed Covid-19.

A former patient, 65-year-old Tadeu Frederico de Andrade, testified that he, too, was given the “Covid Kit” and treated with flutamide. His family says doctors wanted to move him to palliative care without their consent. “I’m a survivor of this macabre plot,” he said.

Bruna Morato, a lawyer representing 12 whistleblowers, told the inquiry doctors were threatened and fired if they disagreed with the unproven drugs. The firm is also accused of failing to mention Covid-19 deaths in patients’ records to hide the scale of the problem.

Prevent Senior said in statements to the BBC that Irene and Tadeu “received every clinical and medical support” and that the company never adopted treatments contrary to medical ethics or aimed at reducing costs.

It said allegations levelled against it at the Senate inquiry were “unfounded” and “a true public lynching”. The company has also said it never fired employees because of their technical convictions.

Pedro Batista, the company’s CEO, admitted to senators that Covid-19 was removed from patients’ records after two weeks, because they were no longer infectious. But he denied testing unproven drugs on patients without their knowledge.

The company is under investigation by federal prosecutors, the police, and a separate inquiry by São Paulo state lawmakers.

The case, which has caused outrage in the country, is mired in political controversy, with the federal government being blamed for lax rules on Covid-19 treatment.

The inquiry also heard the Bolsonaro administration had ignored repeated offers by drug firm Pfizer to sell it 70 million doses of its vaccine. Next Tuesday, the investigation’s final report will be made public, and it could accuse the president of serious misconduct in his response to the pandemic, which has resulted in more than 600,000 deaths.

“The day my dad died, he was supposed to be given the first dose of vaccine,” she says. “I lost my mum and my dad to a virus for which a vaccine already existed.

“Denying science kills, but when you think of all the money and interests involved… I can’t remain silent.”

* Vinicius Lemos in São Paulo contributed to this report

Brazil senators back criminal charges against Bolsonaro over Covid handling

Alex Clare: The singer who chose his faith over Adele tour