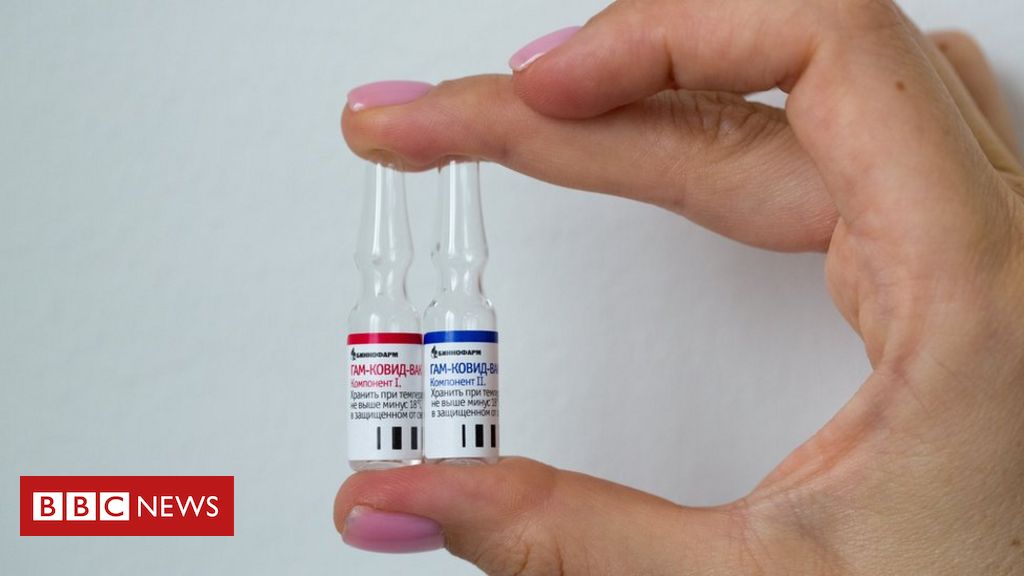 Russian scientists have published the first report on their coronavirus vaccine, saying early tests showed signs of an immune response.

The report published by medical journal The Lancet said every participant developed antibodies to fight the virus and had no serious side effects.

Russia licensed the vaccine for local use in August, the first country to do so and before data had been published.

Experts say the trials were too small to prove effectiveness and safety.

But Moscow has hailed the results as an answer to critics. Some Western experts have raised concerns about the speed of Russia’s work, suggesting that researchers might be cutting corners.

What does the report say?

Two trials of the vaccine, named Sputnik-V, were conducted between June and July, The Lancet paper said. Each involved 38 healthy volunteers who were given a dose of the vaccine and then a booster vaccine three weeks later.

The participants – aged between 18 and 60 – were monitored for 42 days and all of them developed antibodies within three weeks. Among the most common side effects were headaches and joint pain.

The trials were open label and not randomised, meaning there was no placebo and the volunteers were aware they were receiving the vaccine.

“Large, long-term trials including a placebo comparison, and further monitoring are needed to establish the long-term safety and effectiveness of the vaccine for preventing Covid-19 infection,” the report said.

A third phase of trials will involve 40,000 volunteers from “different age and risk groups,” according to the paper.

The Russian vaccine uses adapted strains of the adenovirus, a virus that usually causes the common cold, to trigger an immune response.

Still a long way to go

“Encouraging” and “so far so good” are some of the reactions from scientists in the UK – but there is still, clearly, a long way to go. Although the vaccine showed an antibody response in all participants in phase 2, this does not necessarily mean it would protect them from the virus. That still has not been established yet.

From these results, we can tell that the vaccine appeared to be safe in healthy people between the age of 18 and 60 for 42 days, because that was how long the study lasted. But what about older people and those with underlying health conditions who are most at risk of Covid-19 – how safe is it for them and over a longer period of time?

This can only be answered after much larger, long-term randomised trials where the people taking part do not know if they are receiving the vaccine or a dummy injection. These will also tell scientists how effective the vaccine really is among a much wider population.

There have also been calls for openness and transparency. Of the many vaccines currently being trialled around the world, some will work better than others in certain situations and in certain groups of people, perhaps. So knowing exactly how well they work and for whom is paramount – it is unlikely that one vaccine will be suitable for everyone.

Kirill Dmitriev, head of a Russian investment fund behind the vaccine, said during a news conference that the report was “a powerful response to the sceptics who unreasonably criticised the Russian vaccine”.

He said that 3,000 people had already been recruited for the next phase of trials.

Russian Health Minister Mikhail Murashko said the country would start vaccinations from November or December, with a focus on high-risk groups.

But experts warned that there was still a long way to go until a vaccine could enter the market.

Brendan Wen, Professor of Microbial Pathogenesis at London’s School of Hygiene and Tropical Medicine, told Reuters news agency: “The report is a case of ‘so far, so good'”.

According to the World Health Organization, there are 176 potential vaccines currently being developed worldwide. Of those, 34 are currently being tested on people. Among those, eight are at stage three, the most advanced.