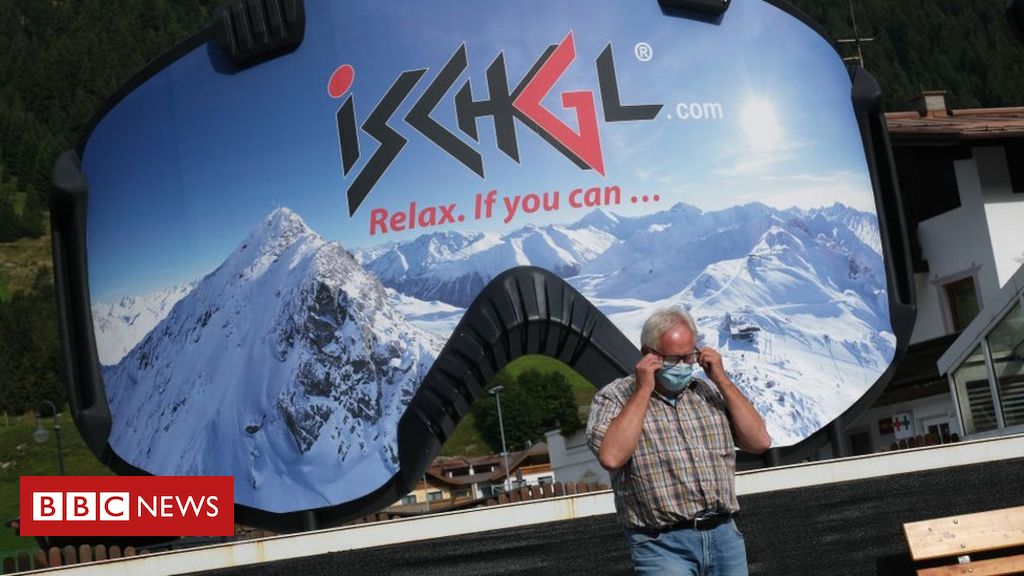 Germany is seeking an agreement with EU countries to keep ski resorts closed until early January, in an attempt to curb the spread of coronavirus.

“I will say this openly that it won’t be easy, but we will try,” Chancellor Angela Merkel said after speaking to Germany’s regional leaders on Tuesday.

The news came as the country extended its partial lockdown until 20 December.

Some of the early European coronavirus hotspots were at ski resorts, helping spread infections across the continent.

Italian Prime Minister Giuseppe Conte has already backed delaying the start of the ski season, but has stressed the need for a European solution.

“If Italy decided to shut down all its ski lifts without any support from France, Austria and the other countries, then Italian tourists would risk going abroad and taking the contagion back home,” he told La7 TV earlier this week.

Many Italians head for the slopes over the Christmas and New Year break and the period is a vital part of the local economy for ski resorts across Europe.

President Emmanuel Macron made clear on Tuesday that ski resorts in France would stay shut until the New Year.

But Austria has voiced concern over an EU-wide plan, with Finance Minister Gernot Blümel saying that if the EU forced ski areas to remain closed, “then they will have to pay for it”. Compensation would run into billions of euros.

Austria’s government is already facing legal action over the Ischgl ski village, which was linked to cases in 45 countries after skiers brought the virus home with them.

Switzerland is not in the European Union and, unlike other Alpine destinations, its ski resorts are already open, so skiers unable to spend their winter breaks in neighbouring countries could head there instead.

Ski lifts are running, with a requirement to wear masks, prompting criticism from World Health Organization (WHO) Covid-19 envoy David Nabarro. “Once infection rates sink, and they will sink, then we can be as free as we want. But right now? Should ski resorts open? Under what conditions?”

On Wednesday, the German government also announced the extension of the partial lockdown, with stricter rules limiting private gatherings to five people from two households coming into effect from next week – although children under the age of 14 are exempt.

German leaders have also unveiled plans for Christmas, with meetings of up to 10 people allowed from 23 December until 1 January.

Last week, the WHO warned that Europe faced a ahead amid mounting cases.

Renewed restrictions have led to a reduction in new infections in some countries, but there are fears the pandemic could worsen over the winter.