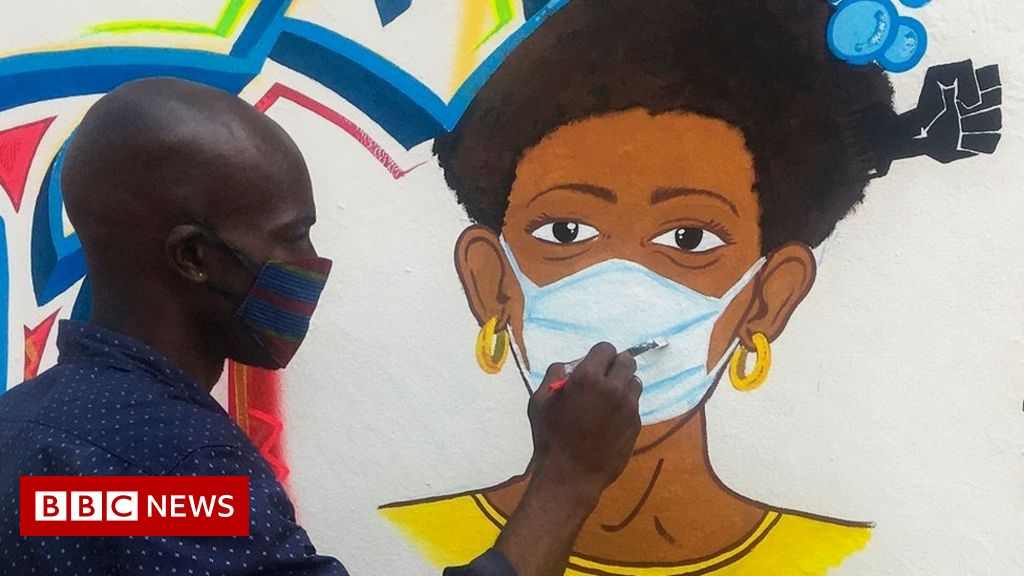 The Congo Research Group, based in New York University, says several new committees were set up that cost more money but failed to solve the problems.

Its report says only $6m of the $363m Covid funding awarded by the IMF last year has been publicly accounted for.

The Congolese government has not responded to BBC requests for comment.

DR Congo is one of 50 countries across the world that have failed to fully vaccinate 10% of their population against coronavirus – in a target set by the World Health Organization (WHO).

Estimates suggest that about 0.1% of the country’s 89 million people have had a vaccine. To date, more than 57,000 people are known to have contracted coronavirus in DR Congo according to the WHO and 1,086 of them have died.

Challenges include its reliance on the oft-criticised Covax scheme, an underfunded health system already ravaged by concurrent outbreaks of measles, Ebola and cholera, the widespread mistrust of the authorities, and conflict between the government and armed groups in the country’s east.

Added to this, critics say, is endemic corruption.

In June the former Health Minister Vital Kamerhe was sentenced to 20 years’ hard labour and barred from holding public office for 10 years, after facing charges of embezzling almost $50m (£39m) of public funds.

His supporters say the trial was a political move designed to prevent him from standing for president.

The Congo Research Group says the lessons have not been learnt from previous failures in the management of health funds, and claims at least $240,000 went missing in the purchase of ambulances and vehicles for the health ministry’s Covid response.

The study also quotes a government oversight body, the Inspection Générale des Finances, as saying one hospital in Kinshasa could not under any circumstance justify a recent invoice of $2.9m for the care of just 266 coronavirus patients.

Researchers also say the health ministry used emergency situations and international funding “to pay bonuses to staff who are not normally well paid”. Their report says the health ministry declined to reveal how many staff it had or how much it had paid out in bonuses.

“Ad hoc structures” put in place by the Congolese government in response to the pandemic – including a “multisectoral committee”, a “technical secretariat”, advisory council, presidential taskforce and a national solidarity fund against the coronavirus – have increased budgets but failed to solve pre-existing problems, according to the Congo Research Group.

It lists these problems as:

And said this resulted in “poor patient care and demotivated health workers”.