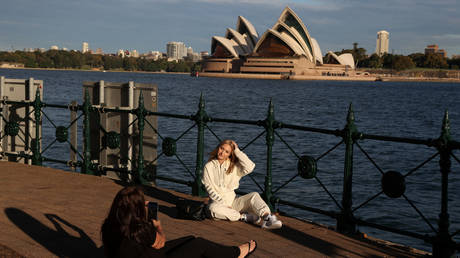 Before countries started to reopen for travelers, the tourism industry lost over a third of a trillion dollars in revenue as the pandemic brought travel to an almost complete halt, according to UN calculations.

n the first five months of this year, year-on-year tourist arrivals nosedived by 56 percent as most countries around the globe had to impose restrictions and lockdowns to contain the outbreak. In May alone, international tourist numbers dropped by 98 percent compared to the same period in 2019.

â€œThis translates into a fall of 300 million tourists and US$320 billion lost in international tourism receipts â€“ more than three times the loss during the Global Economic Crisis of 2009,â€Â the UN World Tourism Organization (UNWTO) said in a report published earlier this week.

Asia and the Pacifics, the region that was the first to face the Covid-19 outbreak, was hit hardest, losing 60 percent of visitors in January-May. It was followed closely by Europe, that recorded 58 percent fewer arrivals, the Middle East (-51%), the Americas and Africa (both -47%).

Such a decline could pose a threat to â€œmany millions of livelihoods,â€ especially in developing countries, according to UNWTO Secretary-General Zurab Pololikashvili. â€œThis latest data makes clear the importance of restarting tourism as soon as it is safe to do so,â€ he said.

Also on rt.com
Londonâ€™s second-busiest airport may not return to pre-coronavirus passenger levels until 2024

Earlier this year, the UN tourism agency presented three forward-looking scenarios, pointing at possible declines of 58 percent, 70Â percent or 78Â percent in international arrivals this year, depending on how long tourismÂ remains atÂ a standstill. In another report, the UN Conference on Trade and Development (UNCTAD) warned that the pandemic is set to cost the troubled sector between $1.2 trillion and $3.3 trillion.Â