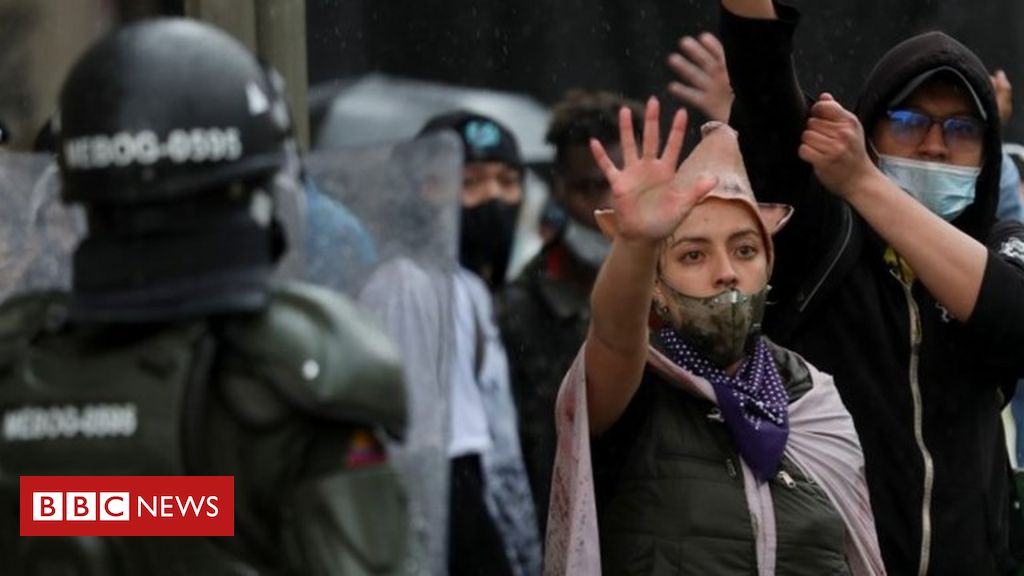 Colombia’s office of the ombudsman has confirmed that at least 17 people were killed in five days of protests against a proposed tax reform.

At least 800 people were injured as the police clashed with demonstrators in major cities.

The reforms, which would have increased taxes on low- and middle-income groups, have now been shelved.

The casualty figures were made public by Colombia’s office of the ombudsman which used data provided by the police and the attorney general’s office. 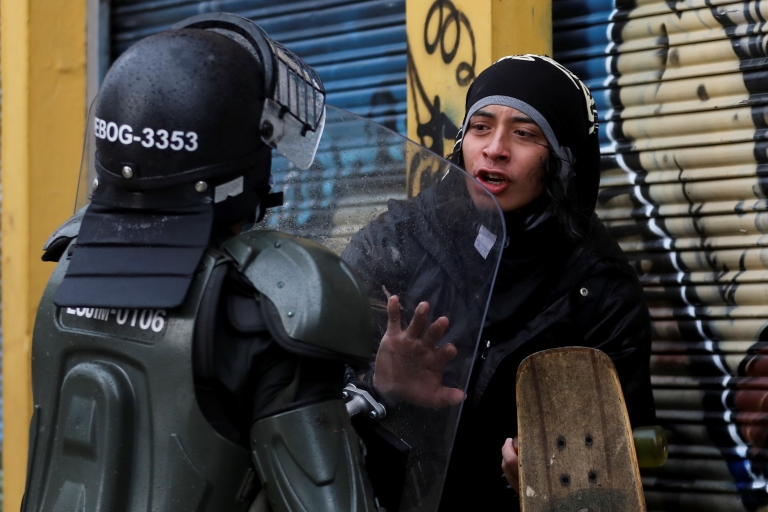 Source: Colombia’s office of the ombudsman

They confirm reports by human rights groups which had reported more than a dozen people killed in protests in Colombia’s major cities.

Colombia’s ombudsman, Carlos Camargo, told Caracol Radio that the figure of those killed could be higher than the 17 they have so far listed. He said his office had received reports of 20 deaths but had not yet been able to verify all the reports.

Colombia’s ombudsman’s office is an official government agency tasked with overseeing the protection of citizens’ human and civil rights.

Among those injured in the clashes were hundreds of police officers, according to the ombudsman’s tally.

What were the protests about?

The protests started on Wednesday, when the largest trade unions called for a national strike to oppose the now shelved tax reform.

The government argued that the reform was key to mitigating Colombia’s economic crisis. Its gross domestic product (GDP) dropped by 6.8% last year, the deepest crash in half a century, and the coronavirus pandemic has further driven up its unemployment rate.

The proposed reform would have lowered the threshold at which salaries are taxed, affecting anyone with a monthly income of $656 (£470) or more. It would also have eliminated many of the current exemptions enjoyed by individuals, as well as increasing taxes imposed on businesses.

It caused outrage among Colombians already battered by the pandemic and the protests were joined by many middle-class people who feared the changes could see them slip into poverty.

How did they get out of hand?

Protesters took to the streets in defiance of a court order ruling that the marches should be postponed because of a current spike in Covid-19 cases.

Police were deployed in force to the major cities where members of trade unions, indigenous groups and civil society organisations converged to protest.

The protests were particularly violent in Cali, Colombia’s third largest city, which experienced several days of street confrontations between protesters and security forces.

Local media named on of those who died in the city’s protests as Nicolás Guerrero, a 27-year-old artist. The mayor of Cali, Jorge Iván Ospina, said Guerrero had died of a gunshot wound to the head.

“I condemn this and I ask of all police to not even think about using guns in these protests,” the mayor said.

Police reported making more than 400 arrests nationwide. They also said that across the country 20 public transport buses had been set alight by protesters, 59 businesses had been looted and more than 250 had been vandalised.

It is not the first time that anti-government protests have turned deadly in Colombia.