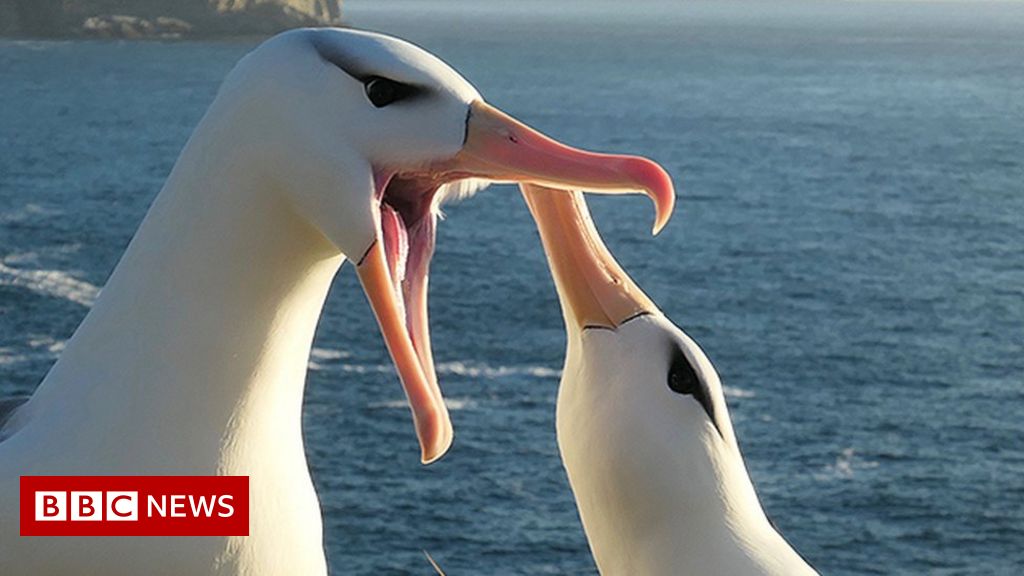 When relationships end it might be because the spark has disappeared, or maybe you just can’t make time for one another.

But can climate change cause break-ups?

It might do, according to a new study which suggests albatrosses – some of the world’s most loyal creatures – are “divorcing” more.

Research published in the Royal Society journal looked at 15,500 breeding pairs in the Falkland Islands over 15 years.

Albatross divorce is basically just cheating, in human terms. It’s when one part of a couple mates with a different individual.

Like humans, albatrosses also have an awkward growing-up phase, trying (and sometimes failing) to figure out the best way to get into a relationship.

But ultimately, when they find a good match, they normally stick together for life.

Just 1% of albatrosses separate after choosing their life partner – much lower than the human divorce rate in the UK.

“Monogamy and long-term bonds is very common for them,” says Francesco Ventura, researcher at the University of Lisbon and co-author of the study.

But in the years covered by the study with warmer water temperatures, up to 8% of albatross couples split up.

The study says “environmentally-driven divorce may be an overlooked consequence” of climate change.

Normally, albatross divorce is triggered when a pair fail to breed, so they find new partners in the next breeding season.

But the findings showed pairs were divorcing even if they’d had a successful breeding season.

Francesco says there are two possible theories for the rise – the first one being linked to the struggles of a long-distance relationship.

Warming waters force the birds to hunt for longer and fly further.

If birds then fail to return in time for a breeding season, their partners may move on with a new partner.

Another theory is albatross stress hormones go up in harsher environments, such as when waters are warmer.

With tougher breeding conditions, and food scarcity, it can cause more stress and a partner can be blamed for their “poor performance” – which can ultimately trigger divorce, Francesco says.

The research comes as many international albatross populations are in trouble.

Some data from 2017 suggests the number of breeding pairs of the species are a little more than half of what they were in the 1980s.

Francesco says in the Falkland Islands, it’s not an immediate concern for the population – but in other areas where the population of albatross is limited, it is a worry.

“Temperatures are going up and will go up, so this might introduce more disruptions,” he says.