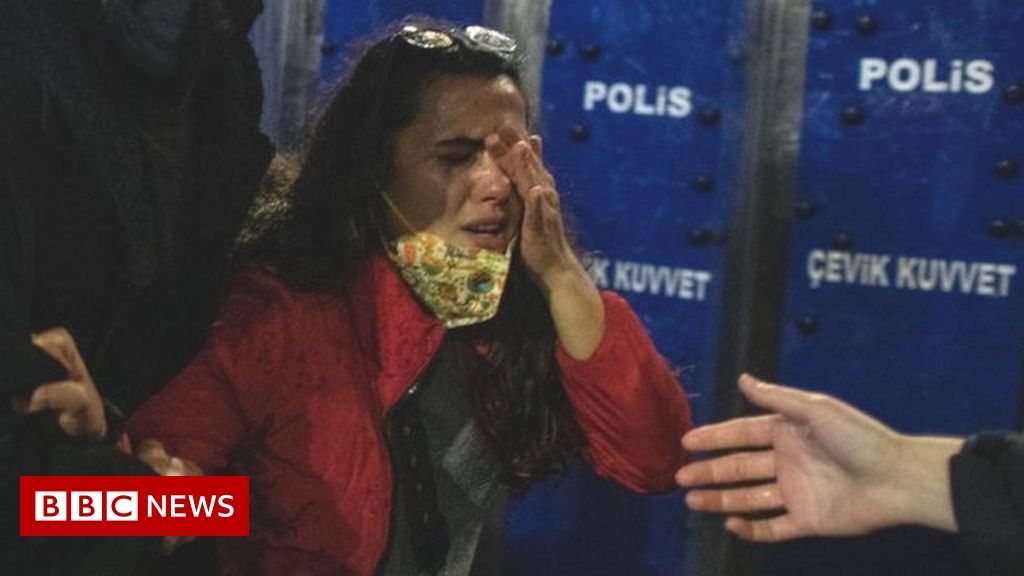 Riot police in Turkey and Mexico have fired tear gas and smoke bombs at protesters calling for an end to violence against women.

Thousands of protesters marched to mark the international day for the elimination of gender-based attacks.

But clashes broke out with security forces in the Turkish city of Istanbul.

And in Mexico City, police fired smoke bombs at a small group of hammer-wielding protesters who tried to grab their shields.

Chanting “Not one (woman) less”, crowds had gathered in the Mexican capital to demand an end to femicide – the intentional murder of women because of their gender.

At least 10 women and girls are killed every day in the Latin American country, according to Amnesty International.

“Femicide Mexico! They’re killing us!” one woman reportedly shouted during a tussle with police.

Some hooded demonstrators threw bottles, stones and flares at police, local media reported. Seventeen people, including 10 female police officers, were injured during the march, according to police.

The demonstration in Istanbul’s Taksim Square came just months after Turkey withdrew from an international treaty aimed at protecting women.

Police scuffled with protesters as they urged them to disperse from the area.

Many demonstrators were pictured holding banners while others called for the government to resign over its withdrawal from the Istanbul Convention in June.

Some in the party of Turkish President Recep Tayyip Erdogan had argued that the agreement was inconsistent with Turkey’s conservative values. Mr Erdogan said Turkey would use local laws to protect women.

“Women are being killed,” one protester told Reuters news agency. “They are being publicly murdered. As of June, we have started to move away from the guarantees that protect us.

“We do not and will not accept this and we will keep fighting”.

According to rights groups in Turkey, 345 women have been killed so far this year.

The rallies took place to mark the annual International Day for the Elimination of Violence Against Women.