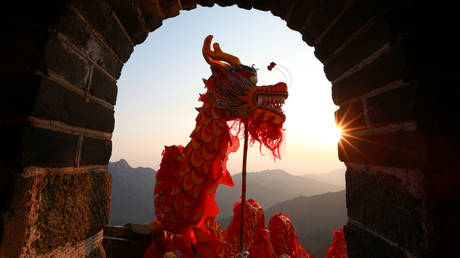 China has become the only major economy left standing after the coronavirus pandemic rattled global trade and is set to strip the US of its leading positions soon, Gerald Celente, publisher of The Trends Journal, believes.

Joining Max Keiser in the latest episode of RTâ€™s Keiser Report, Celente said that China is the top trend of this year. It is also projected to dominate the whole 21st century, like the US did after World War II, and is on path to replace America, according to the analyst.Â

â€œThe 20th century was the American century, the 21st century is going to be the Chinese century,â€ he said, noting Washington is more concerned about waging wars, while China is focused on its business.Â

He further stressed that the US now resembles England after World War I, when the dollar took the place of the British pound. â€œI could see in the years ahead the yuan being the major currency of the world, and the dollar becoming the pound, getting pounded down,â€ the analyst said.

Max Keiser: What if bitcoin is not the bubble, but the pin?