Home Economy China says it has no plans to oust US dollar with digital... 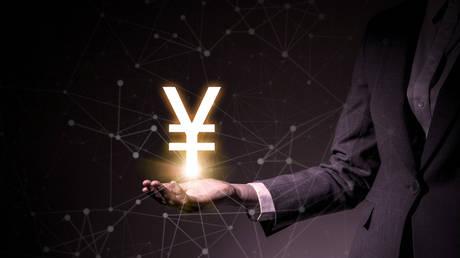 International use of the digital yuan will not replace the US dollar as the world’s main reserve currency, according to People’s Bank of China Deputy Governor, Li Bo.

“For the internationalization of the renminbi, we have said many times that it’s a natural process, and our goal is not to replace the US dollar or other international currencies. I think our goal is to allow the market to choose, to facilitate international trade and investment,” the head of the central bank said on a panel at the Boao forum on Sunday.

He added that the latest efforts to create a blockchain-enabled, digital version of China’s national currency were aimed at domestic use.

“The motivation for the e-yuan, for now at least, is focusing primarily on domestic use,” Li said, adding that global “interoperability is a very complex issue, and we are not in a hurry to reach any particular solution yet.”

The e-yuan is currently in a limited test phase in various pilot programs across the country, and the authorities hope to have a sovereign digital currency ready in time for the 2022 Winter Olympics. China is the first nation in the world to test digital currency on a national level.

Last week, US government officials reportedly raised concerns about China’s progress toward the virtual yuan, due to its potential to challenge the dominance of the US dollar as the world’s reserve currency. The White House is also worried that the new currency might be used to dodge US sanctions.

Former People’s Bank of China Governor Zhou Xiaochuan confirmed that initial plans for a digital currency weren’t motivated by the idea of cross-border use, as it could affect monetary policy independence.